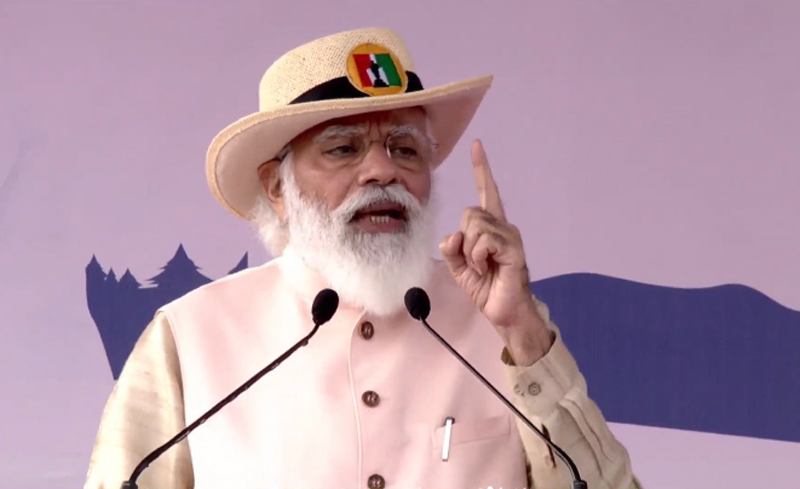 Gandhinagar/New Delhi/IBNS: In an unsparing attack on the Opposition, Prime Minister Narendra Modi on Saturday said a Pakistani minister's admission on his country's involvement in the Pulwama terror attack last year has exposed the rival parties.

Modi, who was at an event on the occasion of Sardar Vallabhbhai Patel's birth anniversary in Gujarat, said, "The way truth has been acknowledged (admission by Pakistani minister) in the parliament of the neighbouring country (Pakistan), the real character of these people (Opposition) has been exposed."

"The politics they played after the Pulwama attack was an example of how far they can go for their political interests. I request them to refrain from playing such politics which demoralises our Army," said the PM.

"The Opposition will not be able to benefit their country or their parties, by knowingly or unknowingly playing into the hands of the anti-national forces," he added.

Modi's strong statement came a day after a minister of the Imran Khan government in Pakistan admitted the country's attack on Indian soldiers in Pulwama in 2019, only to change tack following an uproar in the assembly.

"We hit India in their home. Our success in Pulwama, is a success of the people under the leadership of Imran Khan. You and us are all part of that success," Pakistani Minister Fawad Chaudhry said.

As his statement was followed by an uproar, Chaudhry said, "When we hit India in their home after the incident at Pulwama."