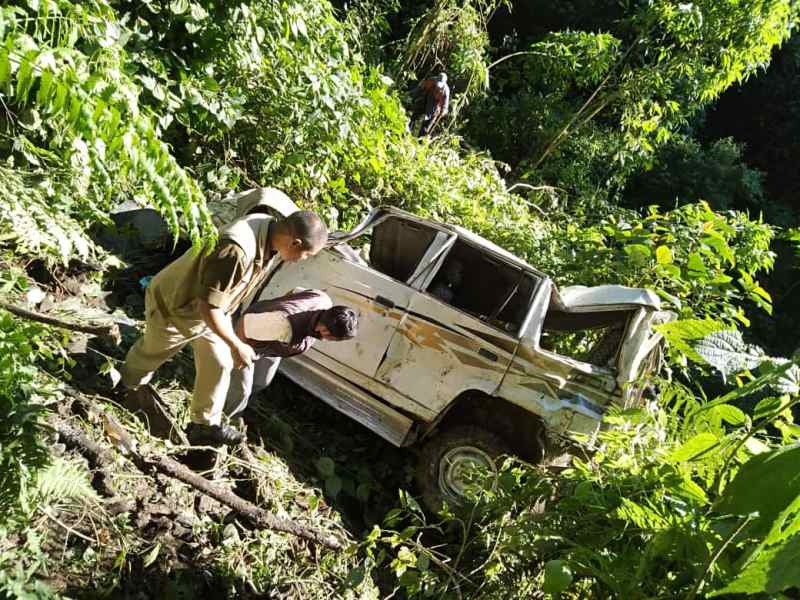 Kohima/IBNS: At least three people were killed and three others were injured after a passenger vehicle met with an accident in Nagaland’s Noklak district on Friday.

The incident took place at a remote area, about 8 km from Noklak where a passenger vehicle fell into a deep gorge.

Three passengers of the vehicle died on spot while three others were injured.

Later, locals rescued the injured people and rushed to nearby hospital.