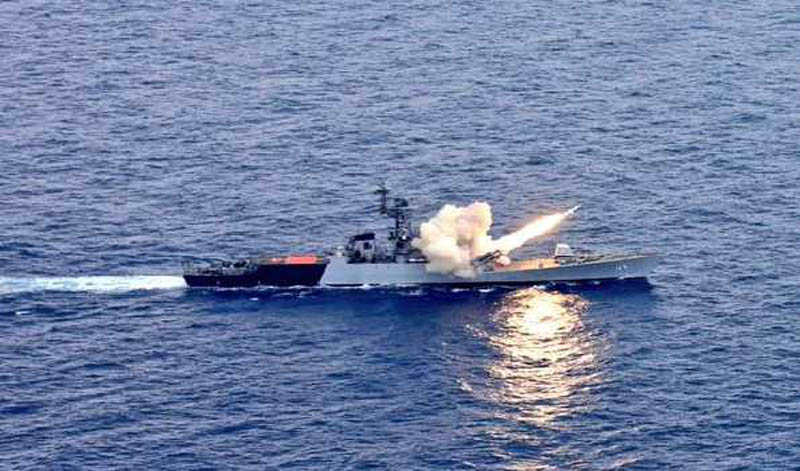 INS Kora was commissioned into service in 1998.

The warship, designed in-house by the Navy under Project 25A, has a displacement of 1,350 tonnes. It is equipped with Kh-35 anti-ship missiles.

Spokesperson of the Indian Navy took to Twitter and posted a video of the missile launch. The missile launched somewhere from the Arabian Sea homed in on its target - an old ship - and hit it with deadly accuracy at its maximum range.