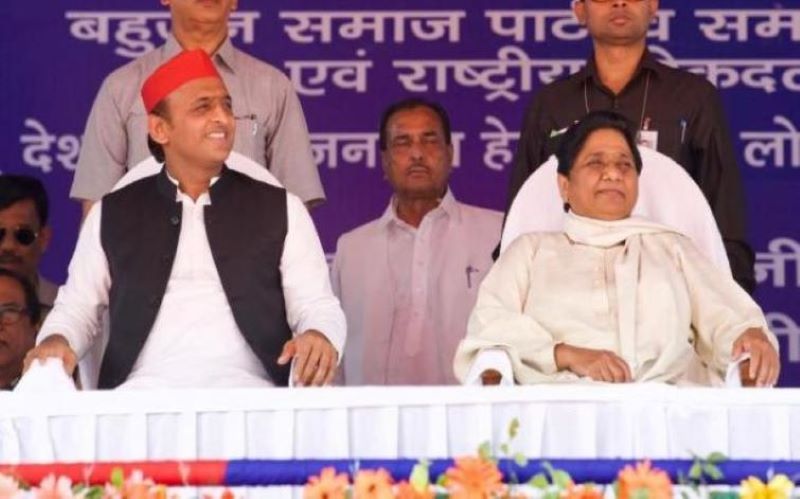 Lucknow/IBNS: In a new political development in Uttar Pradesh, which steers the national politics, Bahujan Samaj Party (BSP) supremo Mayawati on Thursday said her outfit will even back the Bharatiya Janata Party (BJP) to defeat its former ally Samajwadi Party (SP).

Mayawati, the former Uttar Pradesh Chief Minister, said, "We will even give our votes to the BJP or any other opposition party to defeat the SP candidates."

Interestingly, the BSP had tied a historic political knot with the SP in the 2019 General Election to defeat the BJP.

However, the BJP had swept the northern state, riding on the Narendra Modi wave.

Mayawati in her address on Thursday regretted her decision to stitch an alliance with the SP.

Though no statement came yet from the SP, which is led by former CM Akhilesh Yadav, Congress has taken a jibe hinting at BSP-BJP bonhomie.

In 2017, SP and Congress had formed an alliance to contest the assembly elections in the state.

However, the alliance was decimated by the BJP which had won 325 seats.