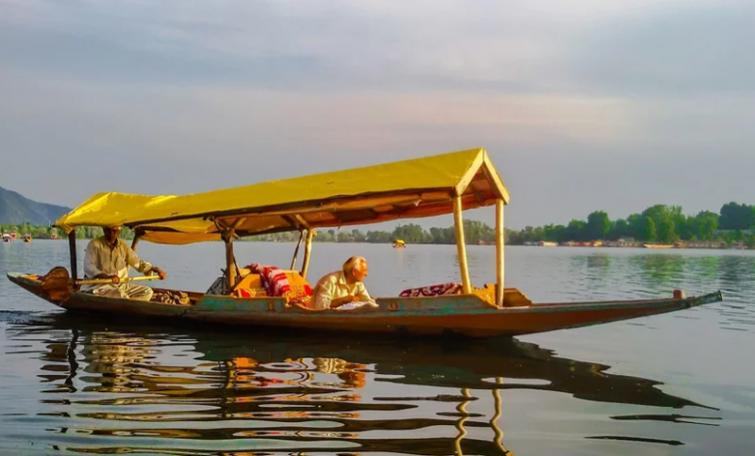 Srinagar: Lieutenant General BS Raju of General Officer Commanding (GOC) 15 Corps has urged youth of Jammu and Kashmir to shun the path of terrorism and surrender.

“I want to make it clear that those youth who want to shun the path of militancy are welcome. We encourage the youth to leave militancy,” Raju told ANI while addressing the Yusmarg festival organised by Indian Army in central Kashmir’s Budgam district.

“I appeal to youth who are ready to shun militancy to return to their homes as the environment is favourable for them for starting a peaceful and dignified life. Otherwise, people fighting the army with the weapon in their hands will be dealt hardheartedly,” he added.

Describing the surrender of militants even during live encounter as a welcome trend, Inspector General of Police (IGP), Kashmir range, Vijay Kumar on Wednesday said this year eight ultras laid down their arms and ammunition, including five this month.

"We again reiterate the youths who wander from the mainstream, gone astray and join militant ranks, to shun the path of violence and join their families to lead a normal and peaceful life," Kumar told reporters here Wednesday, when security forces gunned down two Jaish-e-Mohammad (JeM) militants in an encounter in central Kashmir district of Badgam.

He said these militants were also given chance to surrender but they continued firing. Security forces made repeated appeals through public address system to holed up militants to surrender, IGP said adding later both were killed in the encounter.

He said due to encouragement by security agencies and persuasion by the family members, eight militants have surrendered even during live encounters in the valley during 2020.

Out of them five have surrendered during October alone during live encounters, he said adding it was heartening and a welcome step.

Kumar said immediately after militants are entering Srinagar, security forces are getting intelligence inputs, coupled with technical information about their movement.

He said Mouchwa operation in Badgam Wednesday was also based on intelligence information.

He said the slain militants were identified as Ilyas a Pakistani national and Javid Ahmad , a resident of Pulwama.