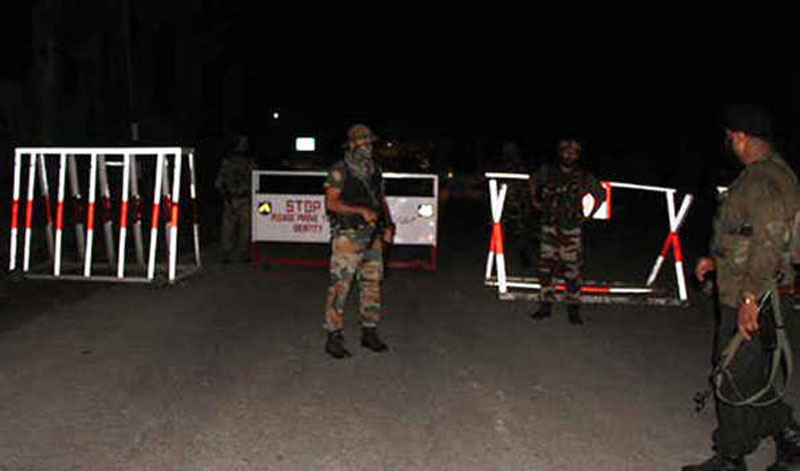 Srinagar/UNI: Two Jaish-e-Mohammad (JeM) militants, including a foreigner, were killed by security forces in an encounter which ensued during a Cordon and Search Operation (CASO) on Tuesday night in the central Kashmir district of Badgam, official sources said on Wednesday.

A soldier was also injured in the encounter which has now ended, sources said.

They said troops of Rashtriya Rifles (RR), Special Operation Group (SOG) of Jammu and Kashmir police and CRPF launched a joint CASO at Akbar colony Mouchwa in Badgam following a tip off about the presence of militants last night. However, an encounter ensued after security forces came under heavy fire from militants hiding there.

However, due to darkness operation was stopped late last night though entire area remained under tight cordon, they said. They said this morning with the first light security forces launched all out offensive against the hold up militants, who were firing continuously.

Security forces blasted the house from where the militant were firing, they said adding later body of both the militants were recovered. One ak rifle and one pistol besides magazines and other arms and ammunition were recovered from the slain JeM militants.

The residents of the adjacent areas said they heard loud explosions and heavy firing last night and early this morning.

Inspector General of Police (IGP) Vijay Kumar said militants were given chance to surrender but they continued firing. He said eight militants have so far were allowed to surrender even when encounter was going on in the valley during the past one month.

He said the operation was launched based on intelligence inputs about the presence of militants in the area.