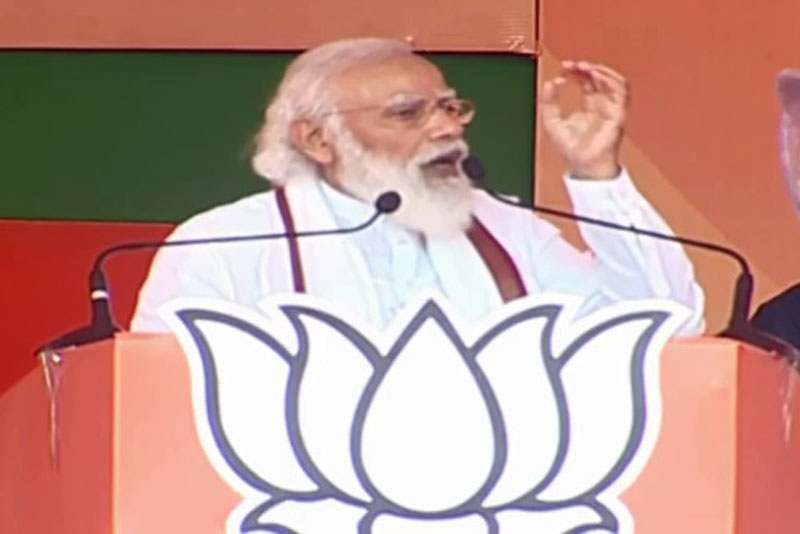 Patna/IBNS: Amid the ongoing first phase of voting in the Bihar assembly poll, Prime Minister Narendra Modi on Wednesday made a veiled attack on Rashtriya Janata Dal (RJD) leader Tejashwi Yadav besides banking on the initiatives of his Bharatiya Janata Party (BJP)-led National Democratic Alliance (NDA).

Addressing a rally in Bihar's Muzaffarpur, Modi said, "It is an opportunity for people to vote back to power the person who brought Bihar out of darkness."

"Covid-19 and jungle raj would be a double blow to the state of Bihar. People can't expect anything from the Yuvraj (prince) of jungle raj based on the previous track record," the PM said.

Interestingly, Modi, instead of heaping praises on Chief Minister Nitish Kumar, flagged the initiatives brought by the NDA government both at the Centre and the state.

Modi said, "As development is taking place in Bihar, people living in the state are getting new opportunities. The result of the NDA government's investments in infrastructure and stressing on creation of advantages in the villages will be available for the people of Bihar."

"These people (Opposition) have only lies and rumours and neither have any roadmap nor experience to run Bihar."