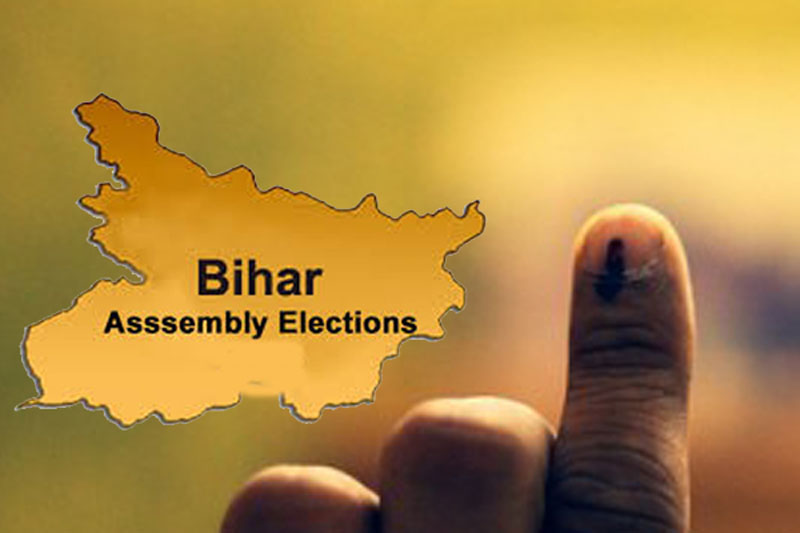 Polling for the first of three-phased Bihar Assembly Elections began at 7 AM in 71 seats where 2,14, 84, 787 electorates would be exercising their franchise to seal the fate of 1066 candidates including former Chief Minister Jeetan Ram Manjhi and former Speaker of Bihar Assembly Uday Narain Chaudhary.

Bihar is the first state in the country where elections are being held during Corona pandemic.

Guidelines issued by Election Commission in view of Coronavirus pandemic are being strictly followed.

People were seen in long queues at polling stations, waiting for their turn to exercise the franchise.

Additional Chief Election Sanjay Kumar Singh said that elaborate security arrangement had been made to ensure free, fair and fearless polling. Paramilitary forces had been deployed at all 31, 380 polling stations, here added.

Singh said altogether 114 women among a total of 1066 candidates are in the fray. A total number of 31380 EVMs and as many VVPats had been made available at booths to enable

electorate to exercise their franchise without any difficulty, he added.

Bihar Chief Minister Nitish Kumar is the CM face of NDA, who has been at the helm

While NDA with its constituents of JD(U), BJP, Hindustani Awam Morcha (HAM) and Vikassheel

Insan Party( VIP) has galvanised all its energy under the leadership of Kumar, Grand Alliance compromising RJD, Congress, CPI(ML), CPI and CPI(M), have solidly put their weights behind Tejaswi Prasad Yadav. Of the total 1066 candidates in the fray in the first phase of Bihar Assembly Elections, the ruling JD(U) has fielded 35 candidates followed by BJP which has fielded 29 candidates.