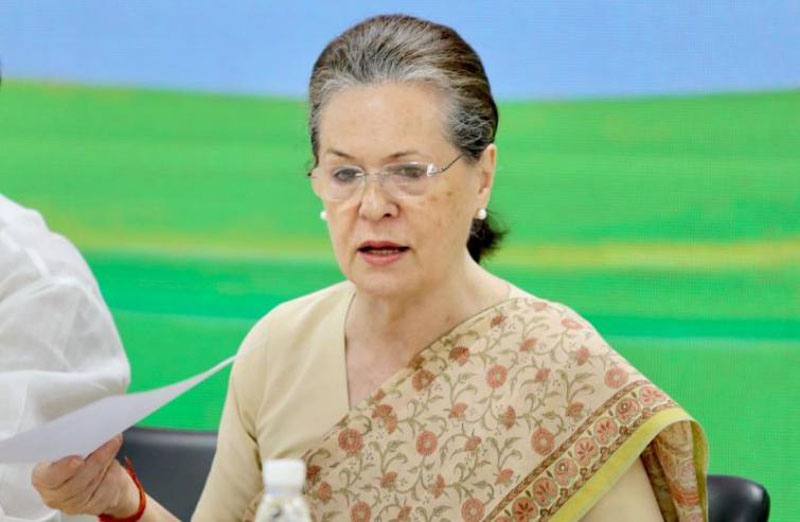 New Delhi/UNI: Accusing the Nitish Kumar government in Bihar of deviating from its path, Congress interim president Sonia Gandhi on Tuesday appealed to the people of the state, to vote for the grand alliance to build a new Bihar.

Addressing the people of Bihar via a video message, a day ahead of the first phase of state assembly polls, Gandhi said, "Today, the government in Bihar, steeped in power and arrogance, has deviated from its path.

"The workers are helpless today. The farmer is anxious today. The youth is disappointed today. The fragile state of the economy is overshadowing the lives of the people."

The Congress president said the voice of the people of Bihar is with the grand alliance comprising the Congress and the Rashtriya Janata Dal.

"This is the call of Bihar today," she said.

Describing a government of the Grand Alliance as the need of the people in Bihar, she attacked the Centre and Bihar governments' over demonetisation and lockdown and accused them of destroying the businesses and the farming sector in the state.

"Therefore, the people of Bihar are ready for the creation of a new Bihar, for the next generation and the next crop. Now the change is in the air," Gandhi said.

"Now the time has come to write a new chapter," she said.

"Bihar is equipped with skill, strength and power of construction, but unemployment, migration, inflation and starvation have given them tears and blisters in their feet," the Congress president said.

"Words that cannot be said have to be said with tears. Policy and governments cannot be created on the basis of fear and crime," she said.

"Farmers, youth, labourers, brothers and sisters of Bihar are not just in Bihar but all over India and all over the world. Today, the same Bihar is ready for new changes in its villages, towns, cities, farms and barns for regaining its old glory . That is why I said that the wind of change is in the air," the Congress president said.

"That's why today is the time - to move from darkness to light, from lie to truth, from present to future.My appeal to the people of Bihar, called the land of knowledge, is to vote for the candidates of the grand alliance and build a new Bihar," the Congress president added.