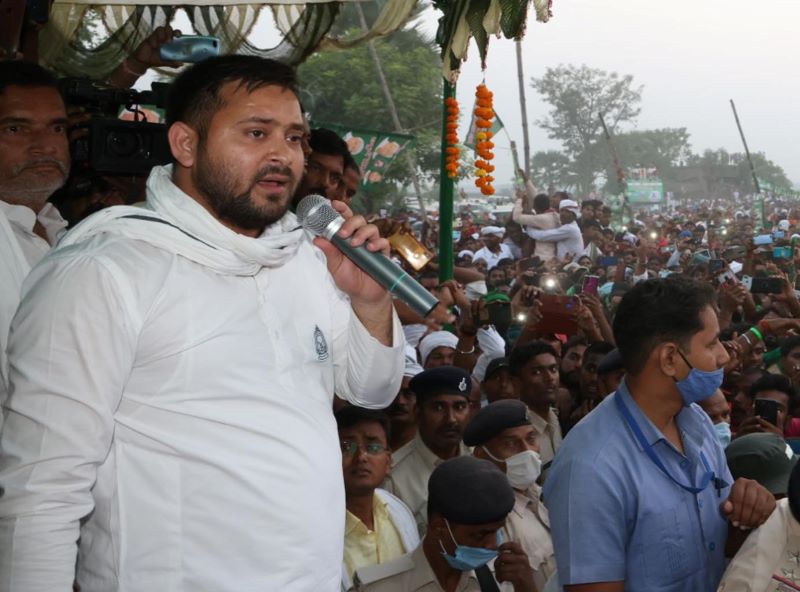 Kumar, who is seeking a third term in power in an alliance with the Bharatiya Janata Party (BJP), took a jibe indirectly at Tejashwi saying as quoted by the media, "Does anyone care? They have eight-nine children. They have no faith in daughters. After so many daughters, they had a son. You all can see - this is the kind of Bihar they want to make."

Countering Kumar, Yadav said the CM was "mentally and physically exhausted" in his reply.

"Nitish Kumar's bad words for me are always a blessing for me. Nitish ji is saying such words as he is mentally and physically exhausted. I have accepted all his words as blessings. Bihar people this time have decided to vote in the elections on the issues of employment and development," Yadav, who is leading RJD-led grand alliance's poll campaign, tweeted.

In another statement, Yadav said Kumar through his words has targeted Prime Minister Narendra Modi who has 6 siblings.