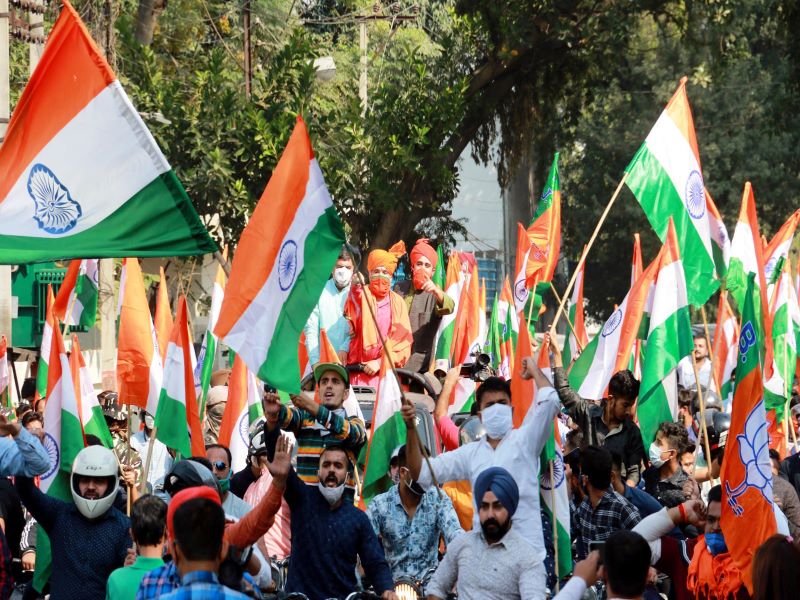 Three leaders TS Bajwa, Ved Mahajan and Hussain A Waffa tendered their resignation to party chief Mehbooba Mufti, who said Friday last that she was not interested in contesting elections or holding the national flag until the constitutional changes affected on August 5 last year were reversed.

The PDP president and former chief minister of Jammu and Kashmir went on to call the Central government "robbers" while demanding the restoration of the erstwhile state's flag.

In their letters, the leaders said they were "feeling quite uncomfortable over some of her actions and undesirable utterances especially which hurt patriotic sentiments", reported NDTV.

Mufti was put under detention for 14 months under the Public Safety Act (PSA) after the abrogation of Article 370 and division of Jammu and Kashmir into two union territories.

On Saturday, she was elected as the deputy chairman of the Peoples’ Alliance for Gupkar Declaration (PAGD), which is the formation of all major regional parties of Jammu and Kashmir, aiming to restore its former status and power, will use the flag of the erstwhile state.

The leaders of regional parties met at Mufti's house and adopted the old state flag as symbol of the alliance.

Reports said, the BJP in Jammu and Kashmir staged a "Tiranga (flag) march" today in Srinagar and Jammu, in which activists were seen flashing the Indian flag in bullet proof vehicles.