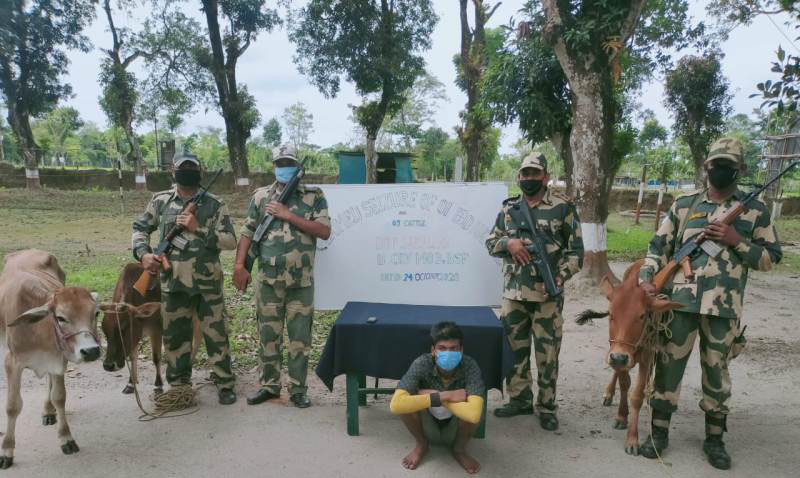 Acting on a tip-off, troops of BSF BOP Jamaldah  of 140 Bn BSF under Guwahati Frontier carried out a special operation in general area of village Khasbas-202 (Dwarikamari) under Mekhliganj police station in Coochbehar district (West Bengal) and apprehended one Bangladeshi cattle smuggler along with cattle heads, while these were being smuggled from India to Bangladesh.

The apprehended cattle smuggler was identified as Jhangir Alam and he is hailing from Azizpur village under Patgram police station in Lalmonirhat district of Bangladesh.

Apprehended cattle smuggler along with cattle heads have been handed over to Mekhliganj police station (West Bengal) for further legal action.

In separate operations vigilant Seema Praharis of BSF have also rescued 34 cattle heads in various other operations from bordering areas of Coochbehar (West Bengal), Dhubri and South Salmara (Assam) while the same were being smuggled from India to Bangladesh.