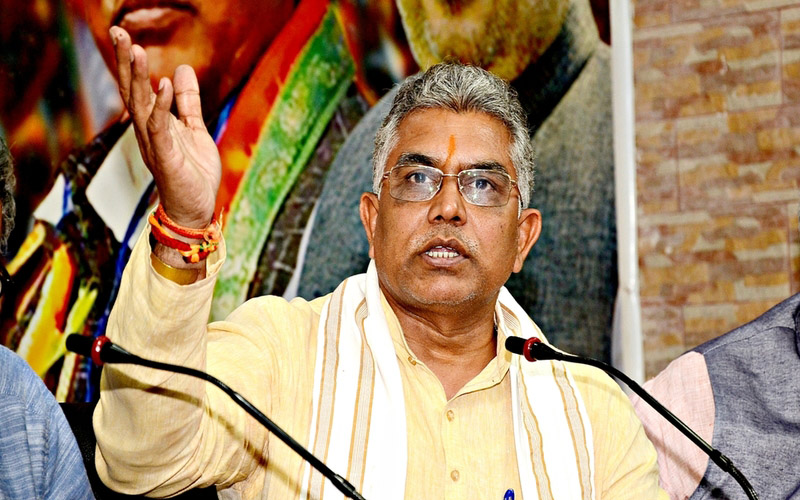 Kolkata/IBNS: In a surprising move with months to go for the state polls, the West Bengal Bharatiya Janata Party (BJP) on Friday dissolved all its Bharatiya Janata Yuva Morcha (BJYM) district committees and its respective presidents till further notice.

"Due to some reasons, till any further announcements all district Presidents of Bharatiya Janata Yuva Morcha and respective District Committees are being dissolved from today. Till further announcements their duties will be taken up by the Respective District Presidents of Bharatiya Janata Party," announced BJP state president Dilip Ghosh.

The development occurred just weeks after the BJYM held a march towards Nabanna, the office of West Bengal Chief Minister Mamata Banerjee, with a list of demands from the state government.

Differences within the apparent prime challenger to the ruling TMC were earlier also spotted after senior BJP leader Rahul Sinha had rebelled against his own party for losing posts to the turncoats.