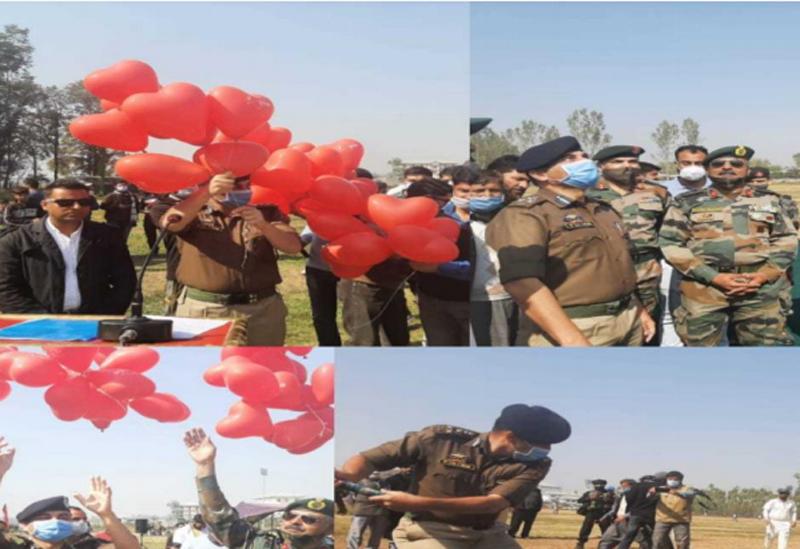 At Sopore, DIG NKR Baramulla Suleman Choudhary-IPS who was the chief guest on the occasion inaugurated the sports festival-2020. On the occasion, SSP Sopore Javaid Iqbal-JKPS and other senior police officers were present.

While interacting with the players and other audience, chief guest Suleman Choudhary , IPS, said that J&K Police has started sports activities across the J&K UT with the sole aim to provide best platform to the youths, so that they can excel their talent in their respective sports activities.

In this sports festival, 100 cricket teams, 32 football teams and 32 volleyball teams are participating.

A total number of 16 cricket teams from all four districts of South Kashmir are participating in the tournament.

The inaugural match was played between Kulgam Warriors and Anantnag Gladiators. Community members and youth of these areas have appreciated the efforts of police and expressed hope that police will provide them with a similar platform in future to showcase their talents.