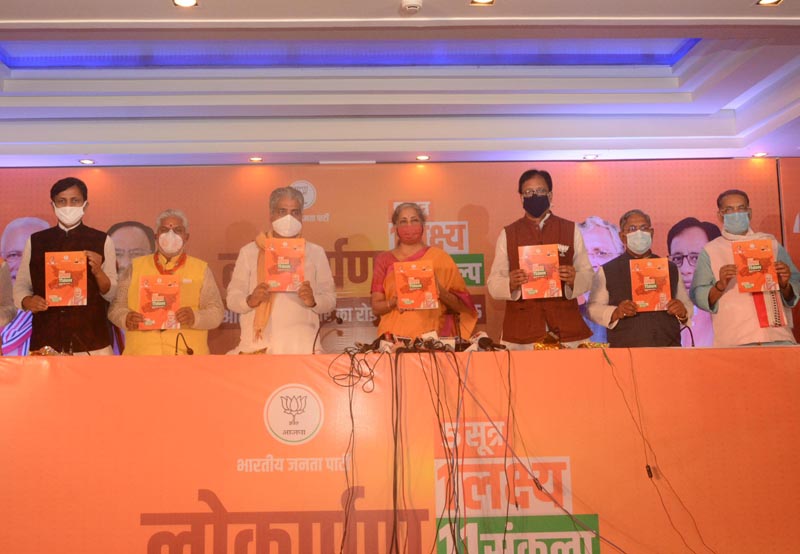 Patna/IBNS: The Bharatiya Janata Party (BJP) has promised 19 lakh jobs, nine lakh more than what has been promised by the rival Rashtriya Janata Dal (RJD), and free Covid-19 vaccines in the manifesto for the upcoming Bihar assembly elections.

The party has also stressed that Nitish Kumar, the leader of its ally Janata Dal (United), will become the Chief Minister of the state for the next five years.

Earlier RJD leader Tejashwi Yadav, whose packed rallies have caught glares, had promised to give 10 lakh government jobs if he becomes the CM of the state.

Though the BJP had questioned Yadav's planning to create 10 lakh jobs, the saffron party has now promised almost double to people.

RJD, which is feeling an absence of its imprisoned chief and veteran politician Lalu Prasad Yadav in the election battlefield, is led by Tejashwi Yadav in the polls which will be held in three phases starting from Oct 28.

As Kumar's JD(U) is fighting the polls with the Bharatiya Janata Party (BJP), its former ally LJP will go solo in the elections.