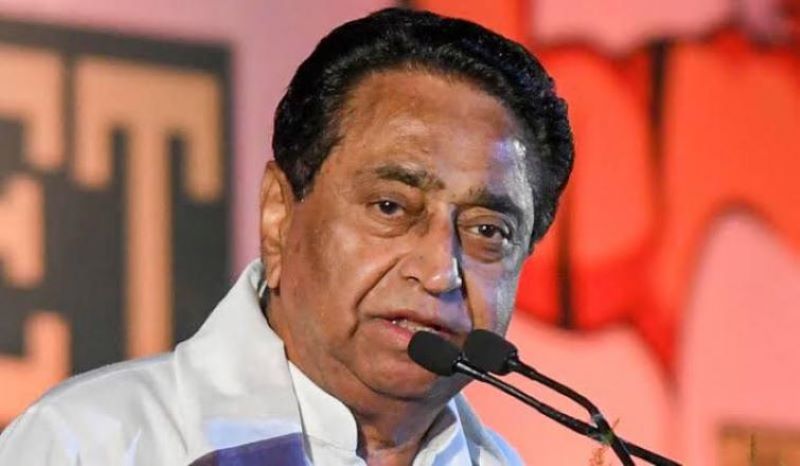 ECI seeks explanation from Kamal Nath on his 'item' remark

During his address in Madhya Pradesh's Gwalior on Sunday, Kamal Nath had triggered a controversy calling Imarti Devi an "item", drawing strong reactions from the ruling dispensation.

".. What is her name? Why should I take her name? You know her better and you all should have warned me earlier. What an item! What an item!" Nath said, referring to Imarti Devi, who had switched from the Congress to BJP.

The ECI notice to Nath on Wednesday said: "The Commission gives you an opportunity to explain your stand in making the above said statement within 48 hours of receipt of this notice, failing which the Election Commission of India shall take a decision without further reference to you."

Following a huge controversy and criticisms, Kamal Nath on Monday tried to explain his remark claiming that he was not insulting anyone but forgot "the person's" name.

Speaking to media persons, Kamal Nath had said: "I said something, it wasn't to insult anyone. I just didn't remember the (person's) name... this list (in his hand) says item no.1, item no.2. Is this an insult?"

During a press briefing on Tuesday, Rahul Gandhi said: "Kamal Nath Ji is from my party, but, I didn't like personally the type of language that kamal Nath Ji has used and I don't appreciate it. I think it's unfortunate."

The attack on Nath also came from Imarti Devi who has urged Congress interim president Sonia Gandhi to remove the veteran politician from her outfit.

"I request Sonia Gandhi to remove him from her party," said Imarti Devi.

In protest against Nath's comment, Madhya Pradesh CM Shivraj Chouhan on Monday held a silent protest with a two-hour "Maun Vrat" in the state capital Bhopal.