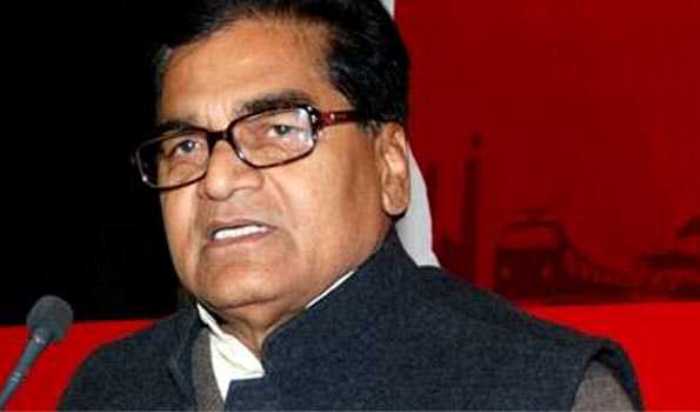 SP president Akhilesh Yadav, leader of the opposition in state assembly Ram Govind Choudhury and Legislator Ujjawal Raman Singh along with other leaders were present during filing of the nominations.

SP candidate filed 2 sets of nominations before the returning officers.

Notification of the biennial polls was issued on Tuesday while the last date for filing of the nominations is October 27.

Scrutiny of the nominations would be done on October 28 while November 2 is the last date of withdrawals.

If possible the polling would be held on November 9 and the results would be declared on the same day itself.

The members of the state assembly are the voters for this election.

As BJP has around 310 seats in the 403 members house, the ruling party is likely to win 8 of the 10 comfortably while SP with 46 seats can win one seat and one seat can be won by a joint opposition.

There are eight vacancies in the state assembly and hence strength will decrease to 395 votes.

The winning candidate will have to get at least 34 votes to get elected.

Except for SP no other party including BJP have announced their candidates so far.