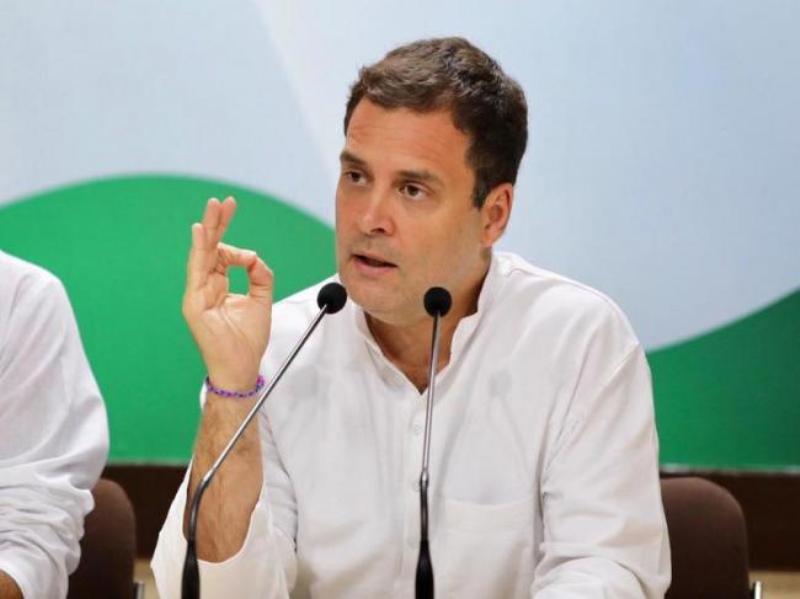 Kolkata/IBNS: In his latest jibe at the Centre, Congress leader Rahul Gandhi on Monday cited figures collated by renowned economist Kaushik Basu - which project India's GDP below the most among a selection of 11 Asian nations, including China.

Posting the figures, the Congress MP wrote: "How to completely destroy an economy and infect the maximum number of people really quickly."

In the tweet, a data table showed projected GDP growth (for 2020) for 11 Asian countries and the number of coronavirus-related deaths (per million) for each.

How to completely destroy an economy and infect the maximum number of people really quickly. pic.twitter.com/5kbMpmnIpZ

The figure showed India's projected GDP contraction of 10.3 per cent (according to an IMF report released earlier last week) and 83 Covid-related deaths per million, is at the bottom of a list that includes China, Bangladesh, Pakistan, Nepal and Sri Lanka.

Kaushik Basu, who served as Chief Economic Adviser to the Finance Ministry, on Monday tweeted a the table by IMF and warned: "Don't be in data denial. Mistakes happen-admit & take corrective action..."

Even a few years ago none could have imagined India’s economy being where it is. A part of this is caused by Covid, but only a part—see Table. Lessons: Don’t be in data denial. Mistakes happen—admit & take corrective action. Use the talent & expertise available in the country. pic.twitter.com/5HbWgwufGW

In August, the government said India's GDP had contracted by 23.9 per cent as the pandemic brought a halt to major economic activities and left scores of people jobless.