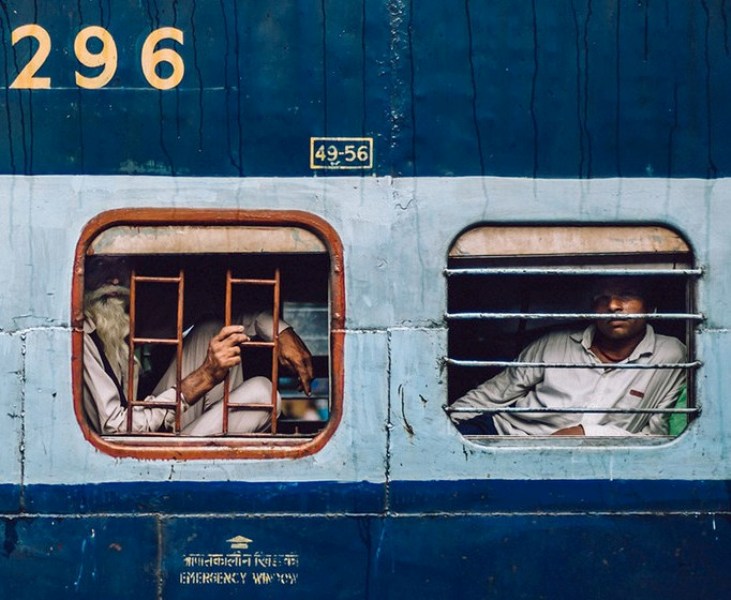 New York: An ambitious plan to make one of the world’s largest and most complex railway networks a net zero carbon emitter by 2030 is moving full steam ahead, although without the steam, thanks, in part, to support from the United Nations Environment Program (UNEP).

With over 68,000 kilometres of track and serving over a mind-boggling eight billion passengers a year, Indian Railways is vast and amongst the most complicated and involved transport systems in the world.

And, perhaps not surprisingly, moving hundreds of thousands of passengers each day across tens of thousands of kilometres of network requires enormous amounts of energy, energy which in the past has often been provided by burning polluting fossil fuels. Those fuels have been identified as one of the key drivers of climate change.

India’s transport sector contributes to 12 percent of the country’s harmful climate-inducing gas emissions with railways accounting for about 4 percent of that. One solution is to actually use the railways more and road transport less. Indian railways has committed to increasing the amount of freight transported by rail from about 35 per cent in 2015 to 45 per cent by 2030.

Even though it takes a lot of fuel to move a train, passenger and freight-mile emissions are much lower than levels recorded by vehicle traffic.

“Due to economic development and increased consumption, there is an increasing demand on the resources,” said Vinod Kumar Yadav, Chairman of the Railways Board.

The Indian Government has been working on greening the railways, with over half of the network electrified, and a target to electrify the entire network in the next three to four years. Electrification would introduce a more centralized, efficient power system and make higher emitting diesel engines redundant.

“We need to take care of the environmental concerns along with the economic development to ensure sustainability, '' said Mr. Yadav. “Indian Railways has embarked on a mission to improve energy efficiency and replace fossil fuel sources with renewable energy sources like solar and wind to achieve net zero carbon emissions by 2030”.

Reaching that goal would mean eliminating emissions of 7.5 million tonnes of carbon dioxide (CO2) each year, about the same as two coal power plants.

The United Nations Environment Programme (UNEP) has been supporting the efforts of Indian Railways, providing advice and training on sustainability and the green economy.

Atul Bagai, Head of UNEP’s India Office, said, “India’s rail network has long been an integral part of the country’s societal fabric. Greening the railways not only is vital to achieve the Government’s climate objectives but is also an important symbol of India’s environmental initiative. UNEP is proud to assist these efforts through training and other support.”

Emissions from power generation are only one part of the equation. Indian Railways is also looking to make stations and installations green-certified. Over 100 water treatment and recycling plants have been established.

And, in a unique development, the railroad operator has fitted long-distance coaches with bio tanks to deal with human waste from passengers. These bio tanks may prevent emissions of up to 155 tonnes of CO2 annually.

With more people and more freight set to ride the rails as India’s economy grows, it will be more important than ever to ensure that the future of India’s renowned rail network is sustainable.