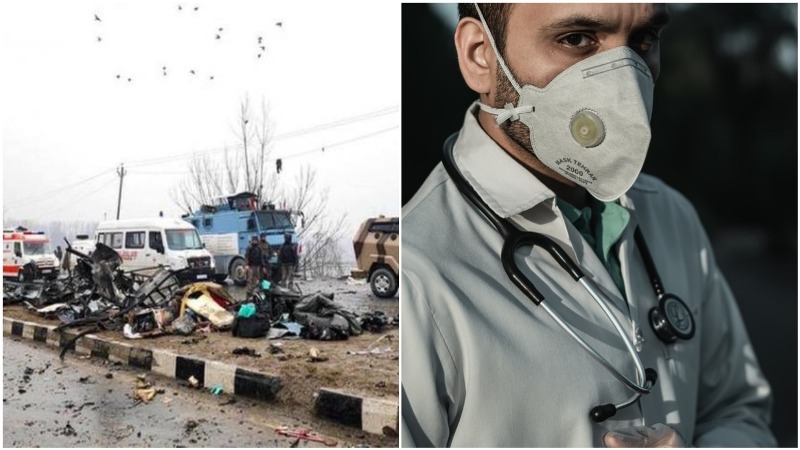 Pulwama: Jammu and Kashmir's Pulwama region, which was in news for terror attacks, has now grabbed attention for achievements of locals in various sectors, specifically in the world of academics.

He ranked 188th in the entrance examination.

Away from the world of education, young cricketer Umer Nazir was selected as net bowler for Delhi Capitals side in IPL 2020.

The region will soon be the pencil slate production hub of the country, media reports said.

Pulwama is making pencils of soft slate and now 90 percent of the raw material supply will be sourced from 17 units set up in the district, according to an ANI report.

All major companies of pencil making units in the country are now procuring their slates from Pulwama.

Manzoor Ahmad Ellahi, who has been in the business since 2010 and among the first to start the business in Kashmir told the agency: “First made the blocks and later got the machines to make the slates. Poplar wood is used for it, and it grows in abundance in Kashmir, he also says that around 150 employees both men and women are working in his factory.”

General Manager District Industries Centre (DIC) Pulwama Zahoor Magray said, “In Pulwama district, there are 17 slate pencil factories in which 11 are in the organized sector and 6 in the unorganized sector."

"If I give details of full country 90 percent of slate supplies are sent from Kashmir Valley and out of this 80 percent raw material is supplied from district Pulwama and being sent to major pencil factories like Natraj etc," he said.