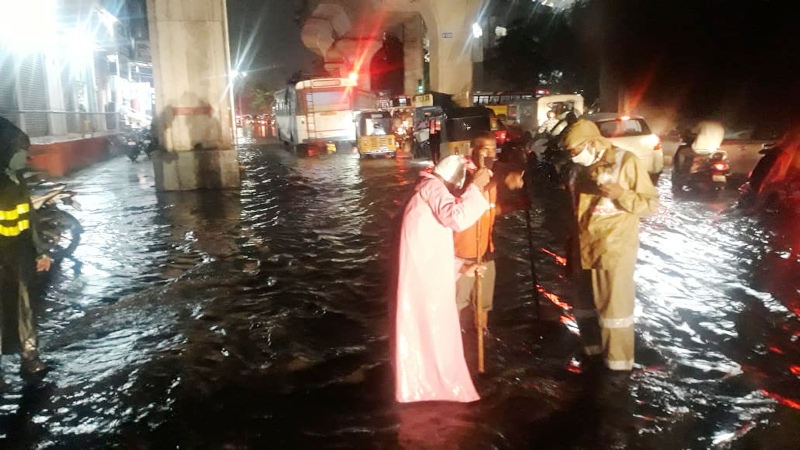 Hyderabad/IBNS: Heavy overnight rains battered Telangana's capital Hyderabad and flooded several parts of the city days after at least 50 people died due to deadly downpour in the state.

This comes after rains caused havoc damage worth thousands of crores across Telangana.

The Balanagar Lake in the state capital breached its boundaries last night, causing huge flash floods in nearby areas.

These are visuals of #BalapurLakeBreach that caused storm water drains to be exposed #HyderabadFloods @ndtv @ndtvindia pic.twitter.com/gFjbvHADvo

Floodwaters submerged several roads across the city with horrifying images of vehicles getting swept away emerged.

More and more visuals you see, more and frightening the situation looks; force of water current just washing away cars like toys in a stream; locals saying #BalapurLake breached leading to flooding, no confirmation yet from official sources @ndtv @ndtvindia #HyderabadFloods pic.twitter.com/VBT2jG2CgT

On Sunday morning, people were seen assembling on the rooftops as floodwaters entered houses.

Due to the rains, old Kurnool road towards the airport from PNVR expressway was flooded as well. 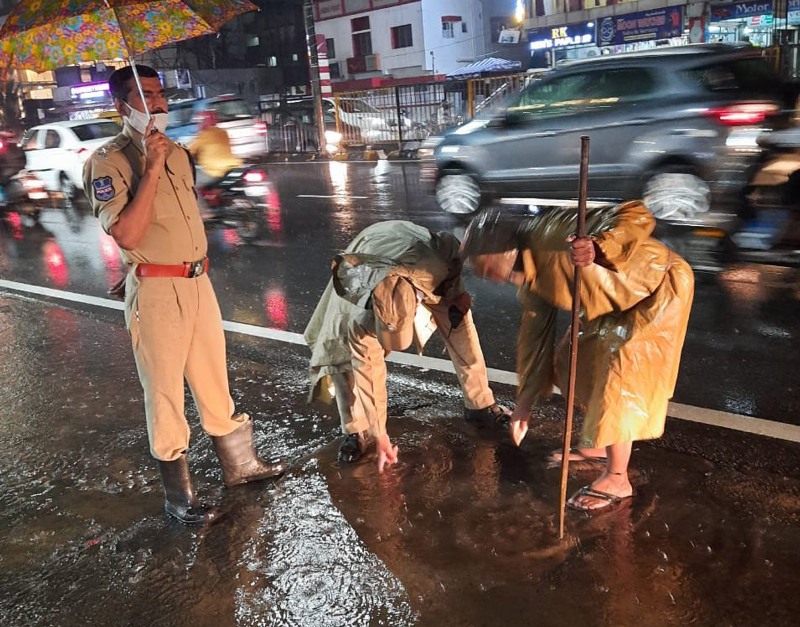 The Disaster Response Force (DRF) personnel of the Greater Hyderabad Municipal Corporation (GHMC) were continuously working on the field clearing water stagnations and inundations and all possible measures were being initiated in view of the rainfall, Vishwajit Kampati, Director, Vigilance and Disaster Management of GHMC, said in a tweet.