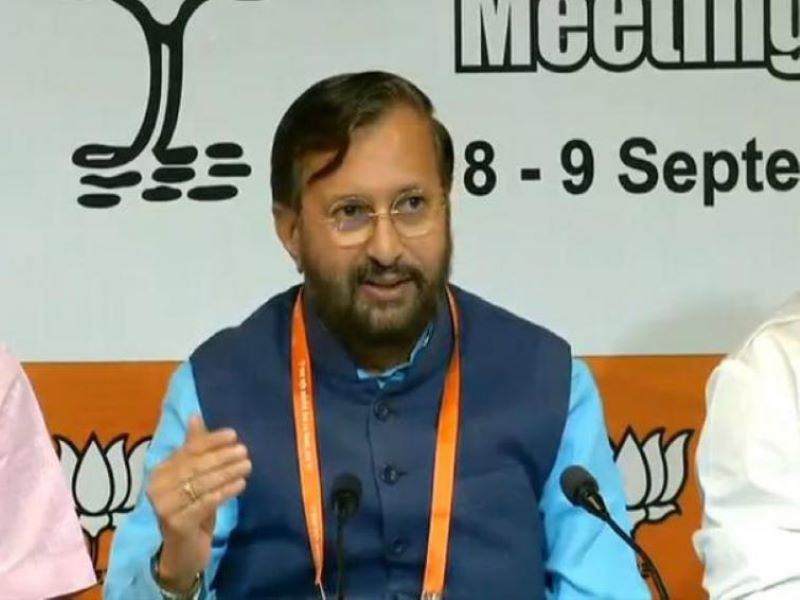 Prakash Javadekar slams Chidambaram, Digvijaya on their remarks on Art 370

New Delhi/UNI: Criticizing statements of Congress leaders P Chidambaram and Digvijaya Singh regarding Article 370, Information and Broadcasting Minister and senior BJP leader Prakash Javadekar on Saturday said that the Congress leaders are speaking in unison with the separatists.

Talking to media persons, Javadekar asked whether the Congress will refer to the repeal of Article 370 in its manifesto for the Bihar Assembly elections.

The senior BJP leader said that Congress leaders P Chidambaram and Digvijaya Singh, while denouncing the decision to withdraw Article 370, have spoken of withdrawing it which is against the sentiments of the people of the country.

The senior BJP leader said that the people of the country had welcomed the decision of abrogation of Article 370 from Jammu and Kashmir.

"After the abrogation of Article 370, everyone has seen how much progress has been made in Jammu and Kashmir and Ladakh," Javadekar said.

Elections for the 243-seat Bihar Assembly will be held in three phases on October 28, November 3 and 7 and counting will take place on November 10.