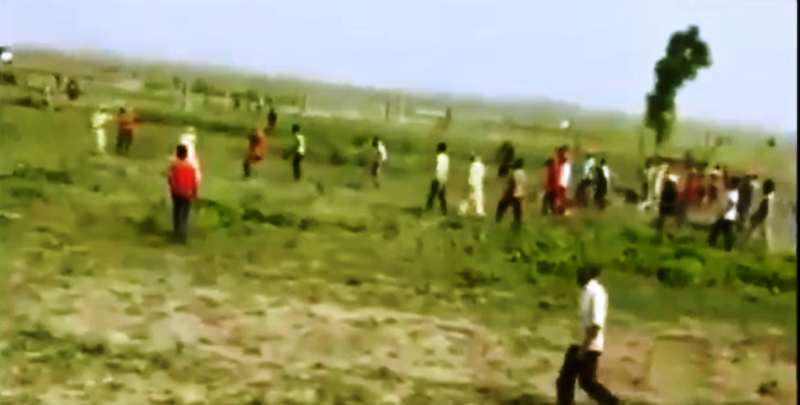 UP: Man shot dead by BJP MLA's aide in presence of local officials

Ballia (UP)/IBNS: A man was shot dead by a Bharatiya Janata Party (BJP) worker in front of local officials in Uttar Pradesh's Ballia over a dispute, police said on Thursday.

Following the incident, Chief Minister Yogi Adityanath has ordered the suspension of officials present during the crime.

The victim, identified as 46-year-old Jaiprakash, was allegedly shot dead by Dhirendra Singh, a BJP worker who is reportedly close to party MLA Surendra Singh.

A stampede followed after the shooting that has been captured in a video.

Video clippings showed a large number of people assembled on a field as three rounds of bullets were fired.

People were seen panicking and running frantically in the 5-second video.

#WATCH One person dead after bullets were fired during a meeting called for allotment of shops under govt quota, in Ballia.

A police case has been registered against 15-20 people based on the complaint of the victim's brother. No arrest has been made so far.

Yogi Adityanath ordered the suspension of the sub-divisional magistrate, a top police official and others soon after the incident came to light.

"Taking serious note of the incident, Chief Minister Yogi Adityanath directed that SDM, CO and police personnel present on the spot all be suspended immediately and strictest action should be taken against the accused," Additional Chief Secretary, Home, Awanish Kumar Awasthi said in Lucknow.