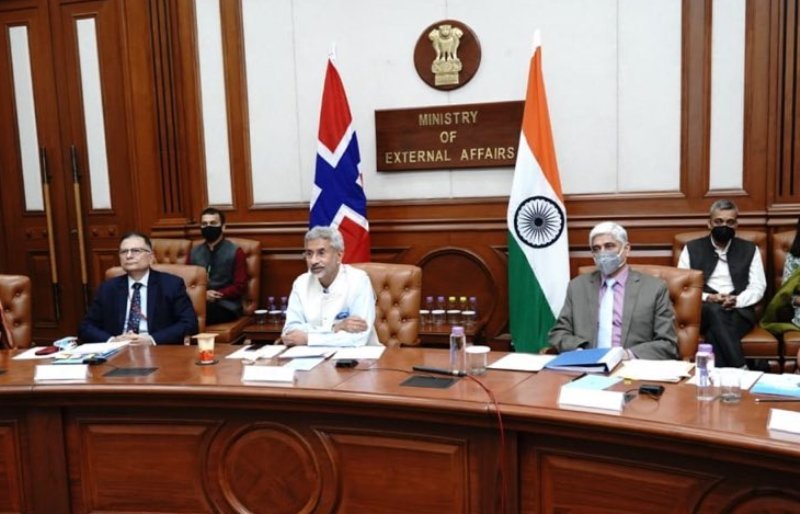 New Delhi/IBNS:  External Affairs Minister S Jaishankar on Thursday said he doesn't want to "predict" the outcomes of the ongoing talks between India and China over border disputes in Ladakh.

Speaking at the Bloomberg India Economic Forum 2020, Jaishankar said: "The discussions are going on. It is a work in progress and the first rule of my business is - don't predict what is still going on."

This comes a day after 7th round of commander level talks was held between the two nations.

On being pressed to respond on the issue, the minister said, "What is going on is something confidential between us and China and we will see how it plays out."

According to media reports, India and China have not reached a complete resolution to the conflicting situation in Ladakh even as New Delhi has been pressing for total disengagement, de-escalation and restoration of status quo ante in all areas.

"We are heading for a more fractured and complicated world, one with greater multi-polarity and less multilateralism. In all this change, the opportunities are certainly there; seizing them will be the real test of our mettle," Jaishankar said at the forum.

Amid disengagement talks, China undertook provocative actions to change the status quo on the ground through fresh transgressions.

The Indian External Affairs Ministry on Thursday said China had no locus standi on the internal matters of the country referring to Beijing's recent comment on New Delhi's developmental projects in Ladakh, which is already flared up with the bilateral tension for months.

"The Union Territories of Ladakh, Jammu and Kashmir have been, are and will remain an integral part of India," External Affairs Ministry spokesperson Anurag Srivastava said.

"Troops should "maintain a state of high alert...  Put all (your) minds and energy into preparing for war," Xinhua quoted Xi Jinping as saying.

According to sources, President Xi's remarks were "not specifically directed at India" even though it came amid the border dispute in Ladakh.