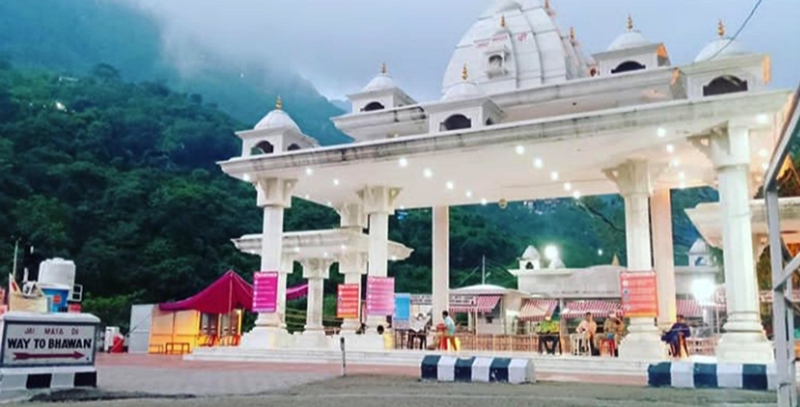 Vaishno Devi Shrine Board enhances limit of pilgrims to 7,000 from Oct 15

Jammu/UNI: The Shri Mata Vaishno Devi Shrine Board has increased the limit of pilgrims from 5,000 to 7,000 from Oct 15 in view of upcoming "Navratras".

Ramesh Kumar, Chief Executive Officer (CEO), Vaishno Devi Shrine Board, on Monday, while reviewing the yatra arrangements for the "Navratras" commencing from Oct 17, said that the earlier limit of 5,000 pilgrims per day is being enhanced to 7,000 pilgrims per day from October 15, irrespective of any limit for the pilgrims from within or outside J&K UT.

He added that the registration of pilgrims will continue to be through online mode only to avoid any assembly of persons at the Yatra Registration Counters.

The CEO further said that as per the past practice, the work of floral decoration of Shri Mata Vaishno Devi Bhawan, Atka and the area surrounding it, which is done on the occasion of holy "Navratras" twice in a year, has already started and will be completed well before the commencement of the "Shardiya Navtratas".

Likewise, the illumination of Bhawan area with attractive and colourful lights is also going on speedily.

Kumar said that as per the past practice, "Shat Chandi Maha Yagya" will be organised by the Shrine Board at the Holy Cave Shrine of Shri Mata Vaishno Devi Ji during the "Navratras".

The "Maha Yagya" being performed for peace, prosperity and health of humanity will conclude with "Purna Ahuti" on the auspicious occasion of Mahanavami.

The CEO further said that in view of the increasing number of pilgrims expected to visit the Holy Cave Shrine of Shri Mata Vaishno Devi during the "Navratras", the services of Ponies, Pithoos and Palkis will be allowed to operate on the track between Katra and Bhawan from Oct 2020, in a regulated manner by following all the safety norms and guidelines notified by the Government in order to ensure the safety and health of the pilgrims, Shrine Board staff and the service providers.

A detailed SOP in this regard will be issued shortly.

The CEO of the Shrine Board also took stock of other arrangements like ensuring of adequate water and uninterrupted power supply along the tracks leading to the Shrine and in the Bhawan area, sanitation and cleanliness, availability of special fast-related food at the Bhojanalayas of the Shrine Board, etc.

Pertinent to mention that the booking by the devotees for Shradha Suman Vishesh Pooja (SSVP) and Atka Aarti has also commenced.

He added that accommodations of the Shrine Board at Bhawan, Adhkuwari, Katra and Jammu have also been thrown open for the pilgrims, following all the prescribed SOPs.

Similarly, for the ease and comfort of yatris, all other supplementary facilities set up by the Board like the Battery Operated Vehicles, Passenger Ropeway and Helicopter services are also operating smoothly by strictly following the social distancing norms and other precautionary measures.

Free Langar at Tarakote Marg and Prasad Kendra at Sanjichhat, besides the Bhojanalayas along the track and in the Bhawan have also been operationalised for the facility of pilgrims.