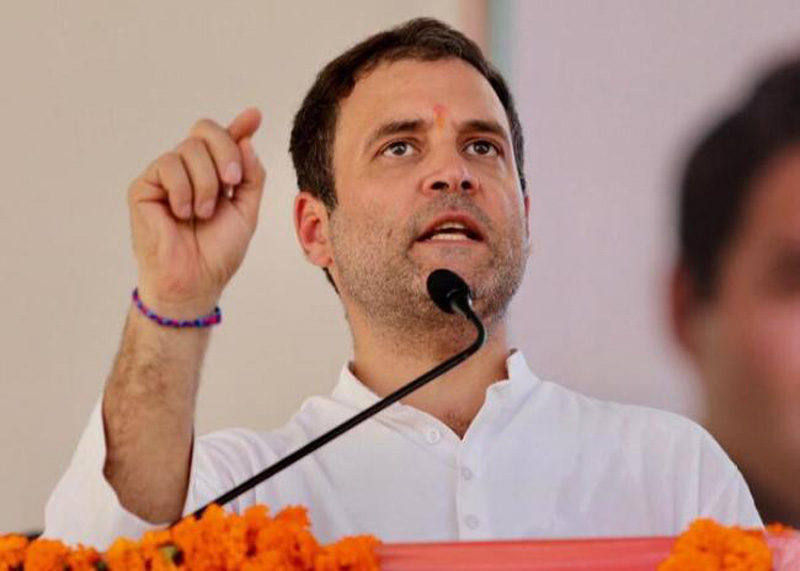 New Delhi/UNI: Continuing his attack on Narendra Modi over the purchase of VVIP Boeing airplane, Congress leader Rahul Gandhi on Saturday said that while on one hand soldiers are being 'sent in non-bulletproof trucks to become martyrs', the government is buying a Rs 8,400 crore aircraft for the Prime Minister.

In a post on the social media, Gandhi said, "Our jawans are being sent in non-bulletproof trucks to become martyrs while a Rs 8,400 crore airplane is being brought for the PM. Is this justice?"

Gandhi also posted on his Twitter account a video of some soldiers going in a non-bulletproof truck.

In the video, the soldiers are seen discussing that sending soldiers in non-bulletproof trucks can be dangerous.

The Congress leader has been constantly attacking the PM and the BJP government on the purchase of VVIP Boeing airplanes.

Last week, he had attacked the government on the issue at a farmers rally in Punjab.