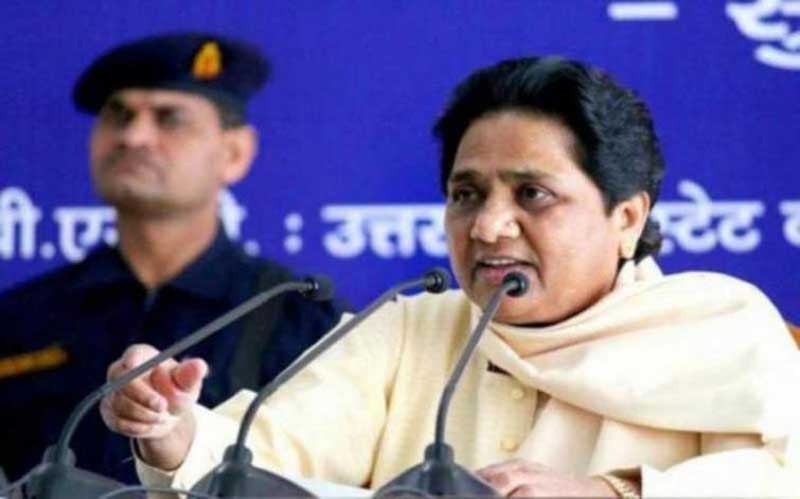 Lucknow/UNI: Blaming both the ruling Bharatiya Janata Party and Congress for the present condition of the Dalits, Bahujan Samaj Party (BSP) leader Mayawati on Friday urged her party cadres to take on the challenge of casteist forces.

She also remembered and paid tribute to the party’s founder Kanshi Ram on his death anniversary. Mayawati said that Kanshi Ram throughout his political career fought for the upliftment of the marginalised sections of the society and followed the path shown by Dr Bhimrao Ambedkar.

"Kanshi Ramji was dedicated to the movement of self-respect and dignity propounded by Bhimrao Ambedkar and he knew that the casteist and narrow forces would continue to challenge the BSP movement by means of material, price, punishment, discrimination, which has to be met with prudence," she said.

The BSP supremo urged her supporters and followers to not be swayed by the false promises and claims of other parties that are being formed to woo the Bahujans away from the BSP, which she claimed is the only party that has always followed the ideals of Dr Ambedkar.

"The opposition parties, for their own political gains and profits, use any atrocity committed on the sisters and daughters of this (marginalized) group and do political drama in its name. Hathras and many other incidents are proof of this," Mayawati said.

She further said that there has been no upliftment of the marginalized section of the society under both the Bharatiya Janata Party (BJP) and Congress rule. "We have to meet the challenges posed by casteist forces and deal with it with prudence," Mayawati said.

Mayawati also said that in the upcoming Bihar Assembly elections, and by-elections in Uttar Pradesh and Madhya Pradesh the people from the oppressed communities should cast their votes keeping the repression by others in mind to ensure the victory of BSP and its allies.

She pledged to fulfil the dreams of Kanshi Ram and take forward his legacy of Dalit emancipation. Towards the end of her speech, she also prayed for peace to the soul of late Union Minister Ram Vilas Paswan, who passed away on Thursday.