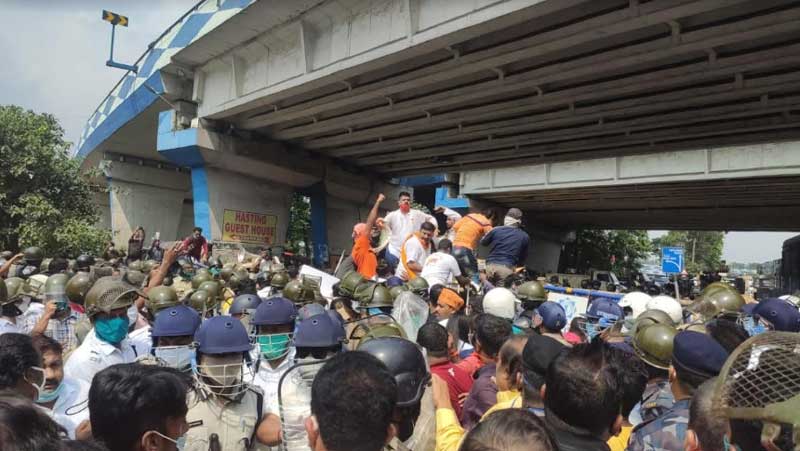 According to reports, these top BJP leaders have been booked under several non-bailable sections of IPC, Disaster Management and Pandemic Act for unlawful assembly and the violation of law during the protest rally.

These leaders along with hundreds of party workers held a sit-in-demonstration after their rally towards Nabanna was stopped by the cops. 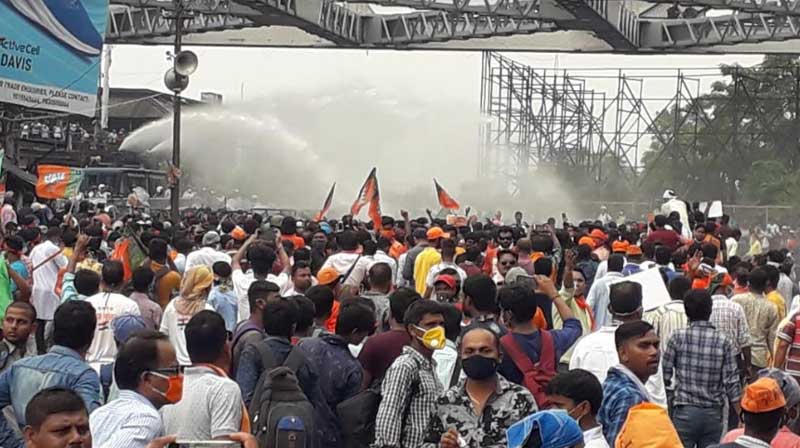 Dilip Ghosh and several other BJP leaders led a rally which clashed with the police-barricades in front of Howrah Bridge.

Reacting on the matter, Dilip Ghosh said, "FIRs and false cases against BJP leaders and activists are a common matter in West Bengal and we are not afraid of it."

"Let police register FIRs, we will fight it in the court of law as usual," Ghosh added.

Earlier on Thursday afternoon, during their Nabanna Cholo rally, leader-activists of BJP and BJYM clashed with police at multiple locations in Kolkata (Hastings and Howrah Bridge) and Howrah (Howrah Maidan, Mullick Fatak and Santragachi).

Police restored to lathicharge, lobbed tear gas shells and used water cannons to disperse protesters, and had detained at least 113 party workers from all the locations.

Howrah City Police also claimed that one person, Balwindar Singh, who is a personal security guard of a BJYM leader, had been arrested with a 'licensed' 9mm pistol from Mullick Fatak area in Howrah during the clash.

"As Balwindar Singh's firearm's license read that it is only valid across Rajouri district of Jammu and Kashmir, we have found it illegal to carry the firearm publicly in a West Bengal city," a Howrah City Police official told IBNS. 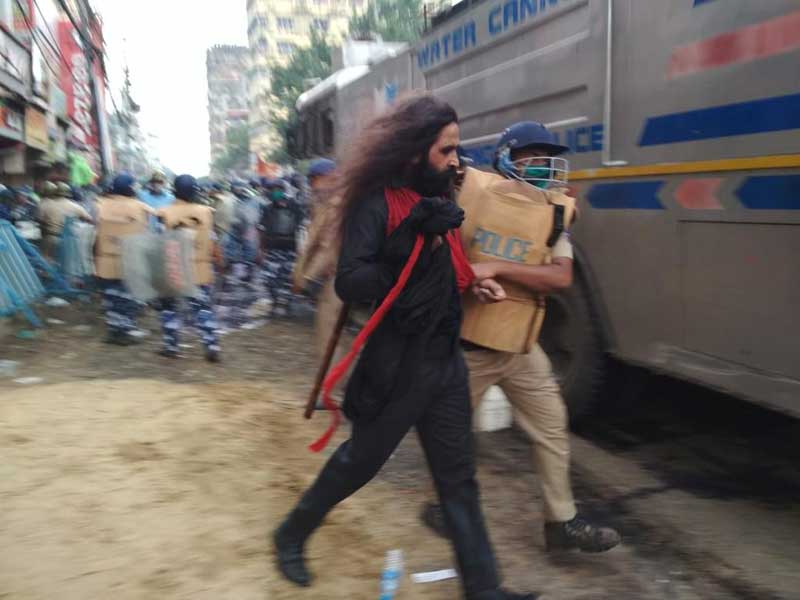 Meanwhile, former Indian cricketer Harbhajan Singh, in a tweet, has sought West Bengal's Chief Minister Mamata Banerjee's attention on a video where it was captured that Balwindar Singh's turban was defiled when policemen were lathicharging him and dragging him to arrest.

Plz have a look into this matter @MamataOfficial this isn’t done 😡😡 https://t.co/mKrbQhn1qy

Balwindar was produced in a Howrah court on Friday and was sent to three-day police custody.