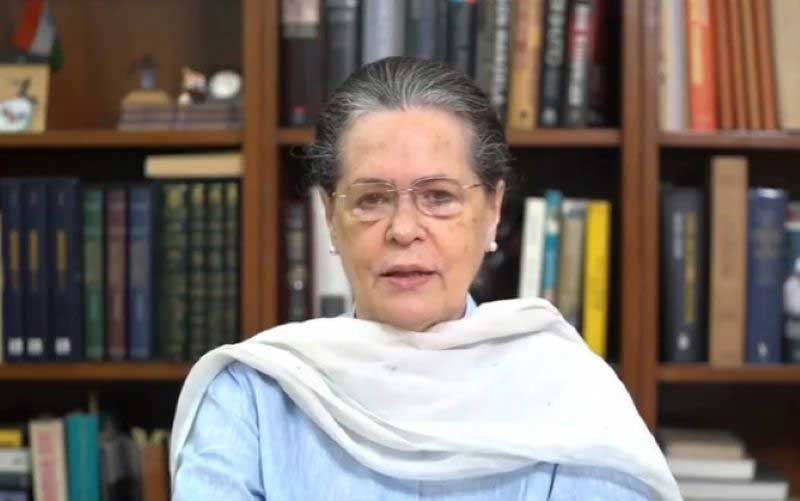 Farmers will emerge victorious in their struggle against the farm sector bills: Sonia Gandhi

New Delhi/UNI: On the occasion of the birth anniversary of Father of the Nation Mahatma Gandhi and former Prime Minister Lal Bahadur Shastri, Congress interim president Sonia Gandhi on Friday attacked the Centre over the farm sector laws and said that the government brought these farm laws without consulting anyone.

Issuing a video message on the birth anniversaries of Mahatma Gandhi and Lal Bahadur Shastri, the Congress president said the farmers due to their hard work did extraordinary service to the country in the era of Coronavirus and due to them food grains have been provided free of cost to the countrymen in this crisis but the 'government has done injustice to the farmers of the country by enacting three anti-agriculture laws'.

However, the farmers and the labourers in the country have taken to the streets against the three black anti farmers legislations . Today , the Midi government is making the farmers of the country cry ," Gandhi said.

She expressed confidence that the farmers will emerge successful in their struggle against the farm sector bills.

"Today, when we are observing the birth anniversary of Mahatma Gandhi and Lal Bahadur Shastri, farmers are protesting against the three anti-farmer laws. I believe that the agitation by farmers and Congress will be successful and farmers will emerge victorious,” Gandhi said in her message in Hindi.

She said the Congress will continue to fight against these laws together with the farmers.

Attacking the government, she said that due to the "anti-farmer policies of this government", the farmers and farm labourers of the country are agitating on the streets against all three farm laws.

She said the farmers were not even consulted before framing of the laws that the government made for the farmers.

She said, "Congress has always made every law with public consent."

"The Congress will continue to fight against the three farm laws," she said.