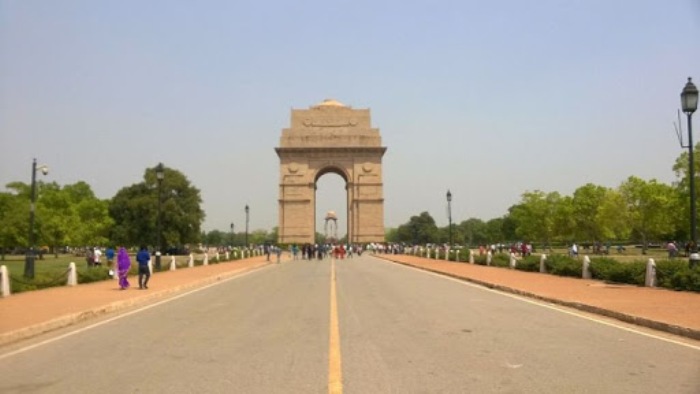 New Delhi/IBNS: All kinds of public gatherings have been prohibited in and around the iconic India Gate in central Delhi on Friday, the police informed in a tweet.

"No gathering is permissible around India Gate due to imposition of Section 144 CrPC," DCP New Delhi informed in a tweet.

However, a gathering of up to 100 persons is permissible at designated places around the Jantar Mantar in the national capital with prior permission.

"The general public is hereby informed that in view of  DDMA order dated 03.09.2020 a total gathering upto 100 persons is permissible at the designated place i.e. Jantar Mantar and that too with prior permission of the competent authority," another tweet read.

The general public is hereby informed that in view of DDMA order dated 03.09.2020 a total gathering upto 100 persons is permissible at the designated place i.e. Jantar Mantar and that too with prior permission of the competent authority.

This comes as a protest meet was planned at India Gate on Friday for the 19-year-old victim from Uttar Pradesh's Hathras, who died two weeks after she was brutally was gangraped by four men.

The heinous crime has left the nation shocked and people have started drawing parallels with the brutalisation of Nirbhaya, the 23-year-old Delhi woman gangraped eight years ago.

The Nirbhaya case had witnessed people hitting the streets in spontaneous protest. The biggest of these protests were held at Delhi's India Gate.

Chief Minister Yogi Adityanath, whose resignation has been demanded by various opposition politicians and angry people on social media, on Wednesday constituted a SIT to probe into the heinous crime and also ordered a trial against the accused in a fast-track court.