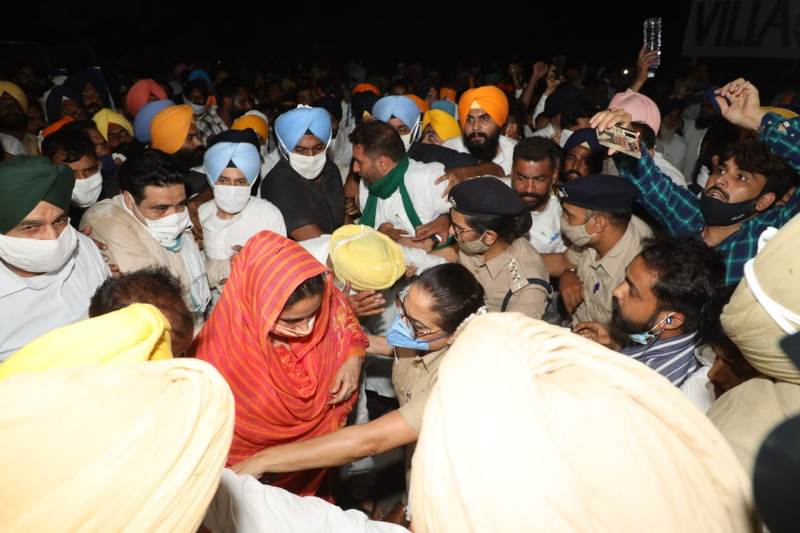 Chandigarh/IBNS: Former Union Minister Harsimrat Kaur Badal was on Thursday arrested as she tried to enter Chandigarh while protesting against the new farm laws.

Her party Shiromani Akali Dal, a long-time ally of the Bharatiya Janta Party (BJP), had earlier pulled out of the National Democratic Alliance (NDA) after the Parliament passed the three contentious farm bills, which have now become laws with President Ram Nath Kovind's assent.

In a tweet, Badal wrote: "Arrested for raising farmers' voice, but they won't be able to silence us."

Arrested for raising farmers' voice, but they won't be able to silence us.#IkkoNaaraKisanPyaara pic.twitter.com/zzFtt6TqqT

She has also posted some images in her tweet, where she could be seen surrounded by police personnel.

The Akali Dal on Thursday morning began three separate "kisan marches" against the new farm laws, which according to them will harm the interest of farmers.

The three groups had planned to merge in Chandigarh, where they were supposed to give a memorandum against the farm laws to Punjab Governor VP Singh Badnore.

It's heartening to see farmers and khet mazdoor turning up in huge numbers to support the struggle led by @Akali_Dal_ for the farming community. #IkkoNaaraKisanPyaara #KisanMorcha pic.twitter.com/sS4Ou1DnZl

Harsimrat Kaur Badal, who was a cabinet minister in the Narendra Modi government, had resigned over the farm bills.