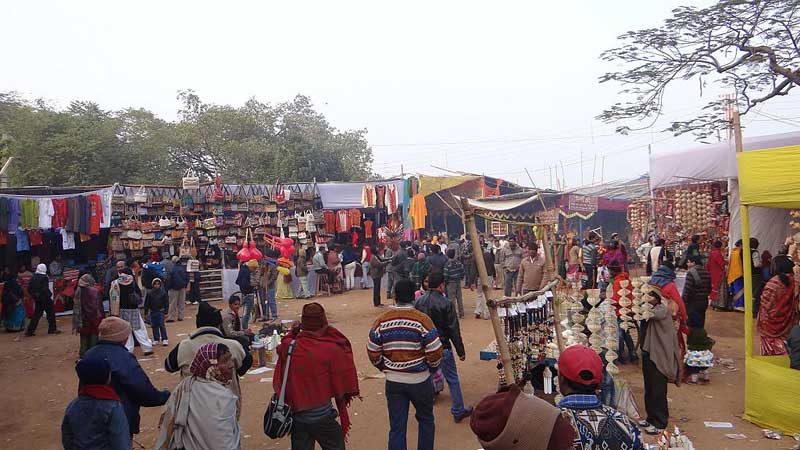 Kolkata/UNI: A two-judge bench of Calcutta High Court on Wednesday rejected an appeal of the state government seeking a stay on the fence erected by Visva-Bharati authorities around the Poush Mela ground.

The bench comprising Chief Justice TBN Radhakrishnan and Justice Shampa Sarkar heard the appeal for two days before setting it aside.

The bench held that the government has the liberty to open talks with the four-member committee to resolve its differences with the university authorities arising out of the construction of the boundary wall around the Poush Mela ground.

The state government in its petition said the move to fence the Mela ground, elicited strong reactions from the locals, who wrote hundreds of e-mails to the district administration protesting it.

“There could be breach of peace over construction of the permanent fencing,” Advocate General Kishore Dutta, appearing for the state in the case, told the bench during of the petition.

The Chief Justice said, "If the law-enforcing authorities are unable to perform their role, we will do it. If need be, we will face the bullets."

On Sept 18, the Calcutta High Court formed a four-member committee, including two of its sitting judges, to find ways to resolve to the recent crisis faced by Visva-Bharati in the state.

The Central government-run university recently witnessed widespread violence over the construction of a boundary wall.

Headed by Justice Sanjib Banerjee, the committee will have the West Bengal's Advocate General and the Solicitor General of Government of India.

The bench also directed that "there would no construction activity, or demolition, modification or removal of any structure in any part of the land belonging to the university or over which it has claims, except with the permission of the committee."

On August 17, a large number of people ransacked the central university located at Bolpur in Birbhum district and demolished an under-construction boundary wall at Poush Mela ground, justifying that the wall would have destroyed the character of the university established by Rabindranath Tagore.

The bench had observed that it will be within the authority of the committee to issue a direction to university officials as may be found necessary, including whether any passage or passages are to be provided for any place in the area concerned.

The court also directed the state police authorities to suspend any police station with regard to the complaints arising out of the incident which took place on August 17.

“Everything is being done as per the tradition of Santiniketan, rule of law and the advice by the Calcutta High Court-appointed committee,” a university official told UNI from Santiniketan by telephone.