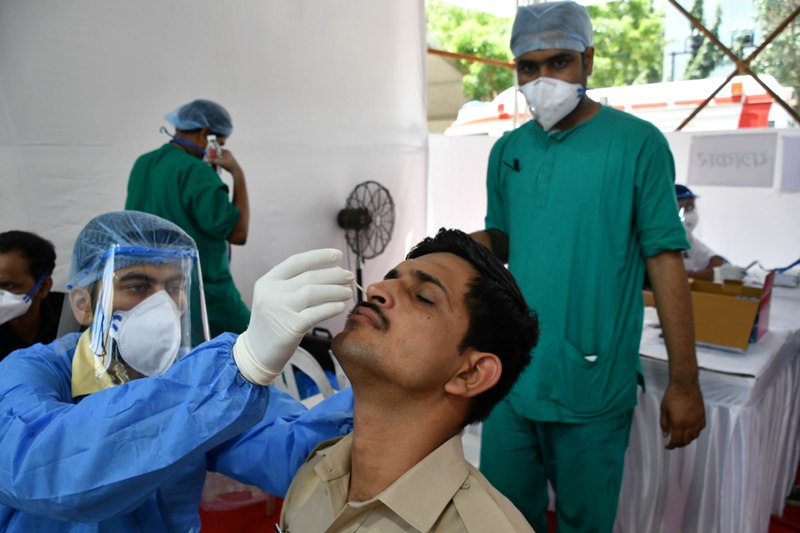 Shimla/UNI: The Indian Institute of Technology Mandi study found that Migration from Dubai and UK has played the key role in spreading Covid-19 in India during the initial phase of the pandemic.

Study published in Journal of Travel Medicine entitltled ' tracking the spread of Covid-19 in India via social networks in the early phase of the pandemic by the Authors Ms Sarita Azad and Ms Sushma Devi of IIT Mandi included in the recently published paper.

The researcher relayed upon the statistical tools and analysed sample size of 1386 cases from their travel history of infected using data of www.covid19india.org which mentioned

state of residence and source of infection of Covid patients reported (January 30 to April 6. 2020) .

The largest number of international contacts from different countries were established in Kerala.

The study showed that the UK and Dubai were the “main sources of Covid-19 importations into India”.

Researches concluded that the highest links were established in various Indian states from these two countries and they were the main “diffusion points”.

Dubai had the highest eigenvector centrality, which means it was the most influential place in the social network.

On the other hand, more clusters of the disease were formed within India from the UK as compared to Dubai.

Paper concluded that the modularity class of states such as Tamil Nadu, Delhi, Andhra Pradesh and others linked to the religious congregation in Nizamuddin in Delhi was low, indicating that infected cases from these areas played less of a role in spreading the disease outside their communities.

On the other hand, states such as Gujarat, Rajasthan, Maharashtra, Kerala, J&K and Karnataka played a significant role in the local transmission, and some of them caused interstate transfer too. The pandemic transmission was local level or at stage -2 in India.