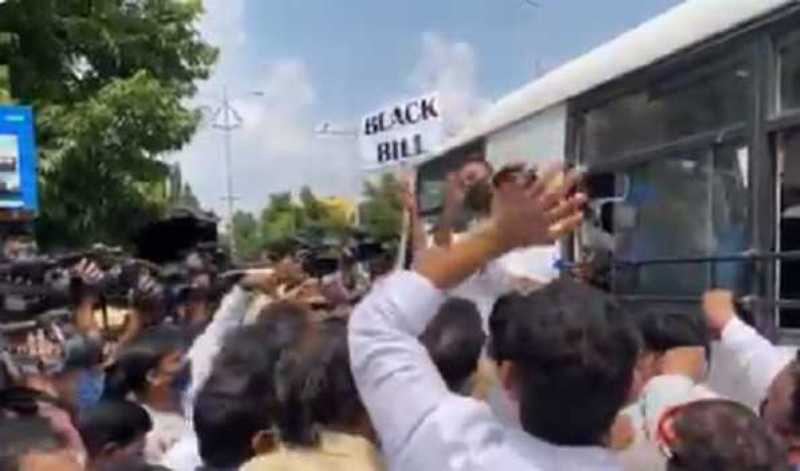 Hyderabad/UNI: Several prominent Congress leaders who came in a rally to Raj Bhavan to present a memorandum to Telangana Governor Tamilisai Soundararajan on the contentious Farm Bills, which had already been passed by the Parliament and also President Ram Nath Kovid giving his assent on Sunday, were arrested here on Monday after they protested for not allowing them to meet her.

The arrested Congress leaders were taken to the Goshamahal police station and they were later freed.

Police said that the Congress leaders protested near the Raj Bhavan to allow them to meet Soundararajan who have no permission to meet the Governor.

The Congress leaders were protesting in response to the call given by the AICC to the party leaders to stage nation-wide protests near Raj Bhavan and present a memorandums to the Governors on the bills.

It may be mentioned that the BJP's oldest ally--Shiromani Akali Dal had quit the National Democratic Alliance, while Dal's Harsimrat Kaur had resigned from the Union Cabinet protesting against the "anti-farmer" bills.