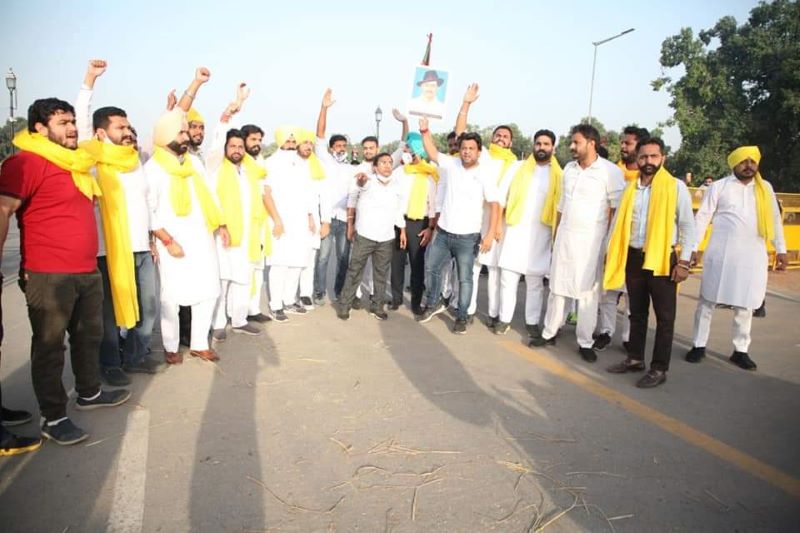 Bengaluru/Chandigarh/IBNS: Various parts of India, a country of 36 states and union territories, are set to witness protests against the farm bills, which have been passed by Parliament more than a week ago and have now become laws with President Ram Nath Kovind's signature, on Monday.

Karnataka, the southern state which is run by the country's ruling outfit Bharatiya Janata Party (BJP), is witnessing a bandh called by farmers groups against five bills, three passed by Parliament and two by the state legislature.

Our country thrives on the blood and sweat of our farmers.

From fighting the British to feeding the entire nation, our farmers are the nation's backbone.

The two farm bills passed by the assembly will help the buying of agricultural lands easier.

The step has been dubbed by the Congress as an act to keep farmers "slaves".

A tractor was set on fire by Punjab Youth Congress workers in Delhi in protest against the farm bills which will now allow farmers to sell their produce to institutional buyers beyond the regulated wholesale market.

However, farmers and opposition leaders have criticised the Centre's move stating small peasants will have little bargaining power while selling their produce to institutional buyers, running the risk of getting exploited.

In an embarrassment for the Modi government, BJP's long-time ally Akali Dal pulled out of the National Democratic Alliance (NDA) last Saturday, sensing a political repercussion in Punjab which is based on agriculture.

This happened days after Akali Dal leader Harsimrat Kaur Badal, who was a cabinet minister in the Modi government, had resigned over the farm bills.