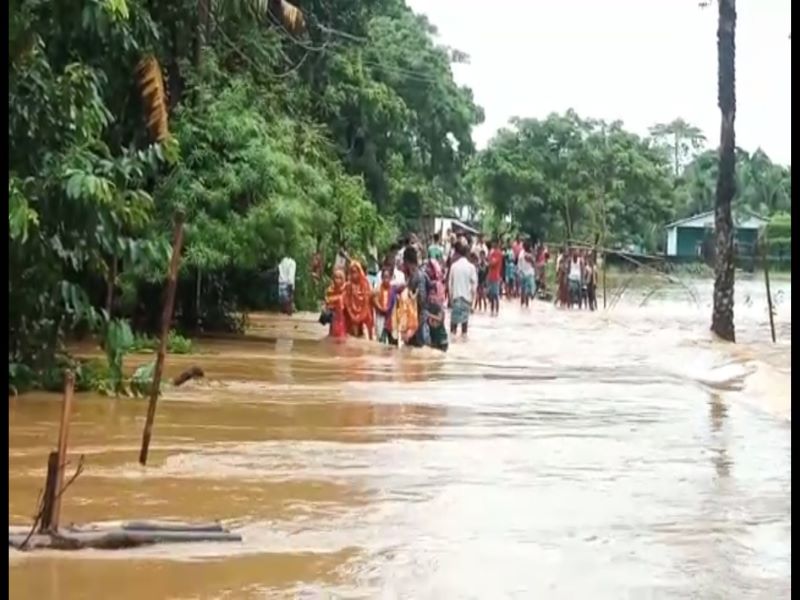 Guwahati/IBNS: Nearly 2.25 lakh people of nine districts of Assam have been affected in the fresh wave of flood.

The Brahmaputra river and its tributaries are flowing above danger level at many places in the state following incessant rains in the past few days.

The flood waters have submerged nearly 10,000 hectares of agricultural land in the affected districts.

The flood report of ASDMA stated that 219 villages have been affected in the current spate of flood.

Over 57 lakh people of 30 districts of the state have been hit by this year’s flood and 118 people have lost their lives in the deluge.