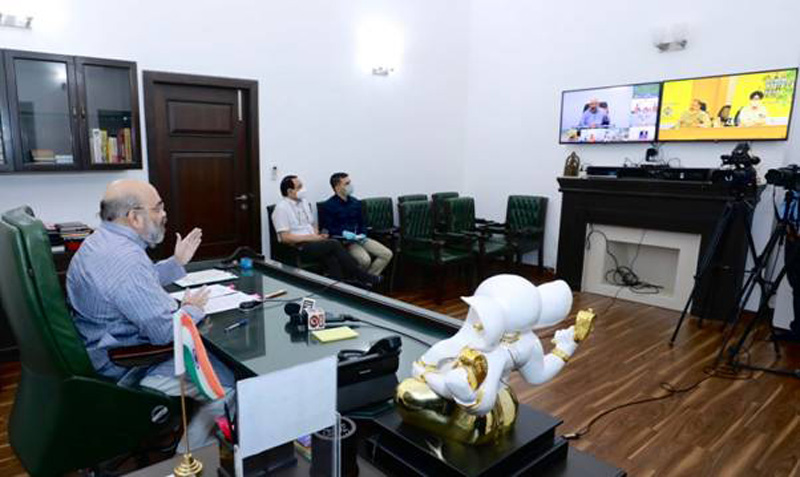 The Union Home Minister is also the Chairman of the North-East Council.

In his address, Amit Shah said that “North East, rich in natural beauty, folk culture and art, is fully capable of becoming a major centre of world tourism”.

Shah said,"Uder the leadership of Prime Minister Narendra Modi, the North East region will emerge as one of the favourite tourism and business destinations of India.”

The Union Home Minister said that “the ‘Destination North East-2020', which runs till 30 September, aims to introduce various cultures of the country to each other along with the tourist destinations of the North Eastand through this the whole of India will also get familiar with the vibrant and diverse culture of the North East”.

Amit Shah said he has seen the tourist places of many states and countries but the beauty of the North East is unparalleled.

"Northeast is the jewel of India; without it the Indian culture is incomplete," Shah said.

Amit Shah said that “Peace in the North East is very important for the economic development, promotion of tourism and employment in the region."

"The Northeast, which was once in the news due toterrorism, blockade, violence but now it is known for development, tourism, organic farming, industry and start-ups. This has been possible due to PM Narendra Modi ji's leadership in the last 6 years," Shah said.

The Union Home Minister also said that “a lot of work has been done to establish peace in the Northeast under the leadership of Prime Minister Narendra Modi.

The Land Border Agreement with Bangladesh, Manipur Blockade, Bodo Agreement and the surrender by 641 cadres of 8 militant groups are among the notable achievements of the Modi government”.

Amit Shah said that “after becoming Prime Minister, Narendra Modi has visited the North East more than 30 times, most by any Prime Minister since Independence”.

Amit Shah said that “development is not possible without proper funds.

Earlier, plans were made for the development of North-East but the amount allocated for them was very less.

The Union Home Minister said that the Modi govt has made a huge effort in the direction of linking the North Eastern states amongst themselves and connecting the region with the rest of India by rail, road & air links.

Amit Shah said that “during the Corona era, the Modi govt has provided all health facilities to the people of North-East, including medicines and treatment through teleconference by AIIMS doctors”.