'Chinese govt will do well by giving up its aggressive posture, take lead in defusing border row with India'

Beijing: The Chinese government would do well by giving up its aggressive posture and take the lead in defusing the border row with India given that there is a worldwide negative perception against China in the wake of the Covid-19 outbreak, reports The Irrawaddy news website of Myanmar.

In his report published on the news website, journalist  Jayanta Kalita wrote: "The months-long India-China border tension in the eastern Ladakh region could very well spread to India’s northeastern periphery if the two sides fail to reach a consensus soon."

Reports suggest there has been a massive Chinese buildup along the Line of Actual Control (LAC), the de facto border between the two Asian giants, opposite Arunachal Pradesh. The picturesque Indian state shares one-third of the total 3,488-km LAC with China, but the latter considers it to be only around 2,000 km, read the report.

India on Thursday said the way forward to resolve the conflicts with China along the Line of Actual Control (LAC), the de facto border between the two countries, is to avoid misunderstandings and refrain from unilaterally changing the status quo.

Speaking in the wake of the 6th meeting of Senior Commanders of India and China that took place on Sept 21 in Moldo, Ministry of External Affairs (MEA) spokesperson Anurag Srivastava in a virtual media briefing said: "As we have pointed out earlier, disengagement is a complex process that requires redeployment of troops by each side towards their regular posts on their respective sides of the LAC.  This would require mutually agreed reciprocal actions." 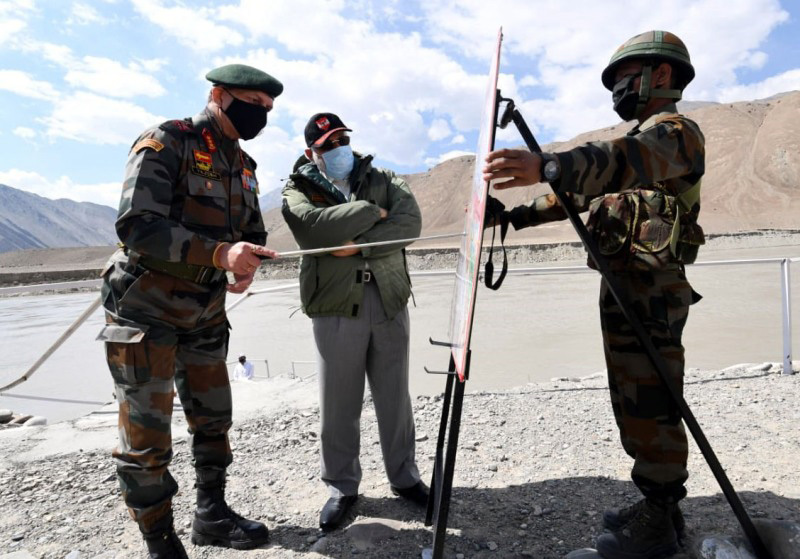 "Even as two sides work towards complete disengagement in all friction areas, it is at the same time also necessary to ensure stability on the ground.  The latest Senior Commander’s meeting should be seen in all this overall context," he said.

Srivastava mentioned that the 6th meeting gave the Senior Commanders an opportunity to have candid and in-depth exchanges of views on stabilizing the situation along the LAC.

"The two sides have also decided to strengthen the ground communication to avoid any further misunderstandings and misjudgments, stop sending more troops to the frontline, refrain from unilaterally changing the situation on the ground, and avoid taking any actions that may complicate the situation," he said.

"The way ahead will be to refrain from making any attempts to unilaterally change the status quo, while the two sides continue their discussions to achieve complete disengagement in all friction areas and to ensure full restoration of peace and tranquility in the border areas," Srivastava said in a note of warning.

India and China have been engaged in border standoff along the Line of Actual Control (LAC) in eastern Ladakh since early May.

In the deadliest clash in 40 years, at least 20 Indian personnel were martyred at Galwan Valley in eastern Ladakh on Jun 15 night.