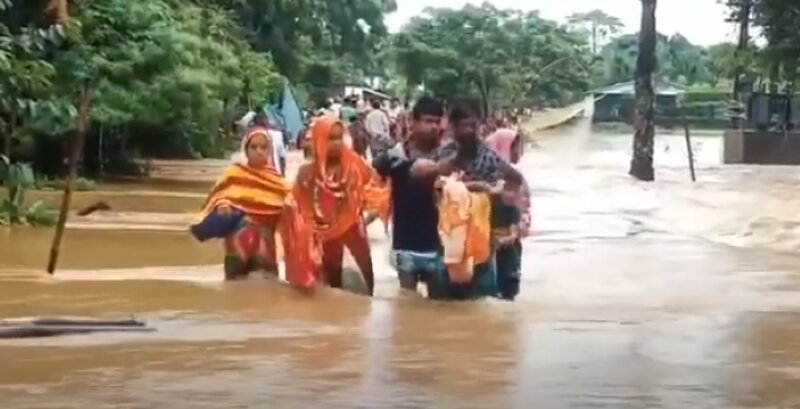 According to the reports, five people were buried alive under debris in a massive landslide incident that took place at Lower Lumparing area in Meghalaya’s capital city Shillong on Friday.

Several houses were destroyed in the landslide incident.

Following the incident, teams from Fire and Emergency Services, State Disaster Response Force (SDRF) and police had rushed to the area and engaged to rescue the victims.

Two bodies were recovered from the debris and three others are still missing.

Due to incessant rain, it has become more difficult for the rescue teams to find out other three victims.

The deceased were identified as 35-year-old Rejiya Ahmed and 45-year-old Saira Ahmed.

In a separate incident, two people were killed and one is missing as flash flood triggered by incessant rain washed away a vehicle where they had travelled in West Khasi Hills district.

The driver of the vehicle and a minor girl died in the incident and one person is still missing.

On the other hand, a 12-year-old girl died in a separate landslide incident.

On Saturday, two people were killed in a massive landslide at a police reserve in Shillong.