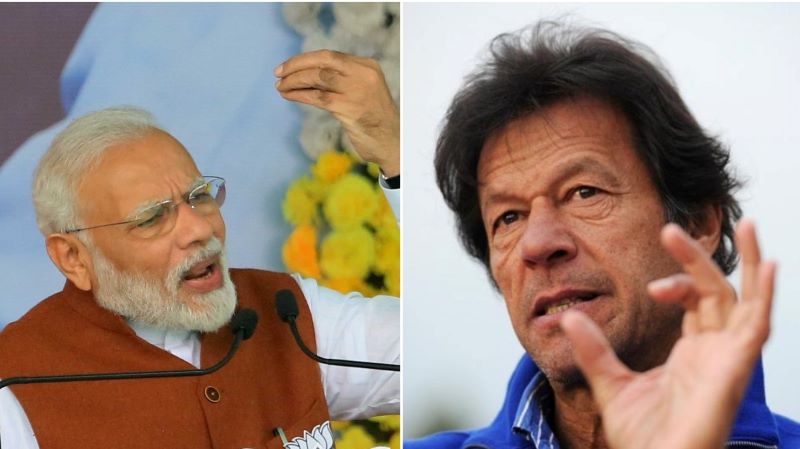 Lies, Misinformation, warmongering, malice: India hits out at Pakistan over Kashmir at UNGA

New York/IBNS: In strong-worded response to Pakistan Prime Minister Imran Khan's statement at the United Nations General Assembly (UNGA) here, India on Thursday called out Islamabad's "lies, misinformation, warmongering and malice" over the Jammu and Kashmir issue which has remained a bone of contention between the two nuclear armed nations.

Vinito, who is India's First Secretary, India Mission to the United Nations, added, "This Hall heard the incessant rant of someone who had nothing to show for himself, who had no achievements to speak of, and no reasonable suggestion to offer to the world.

"Instead, we saw lies, misinformation, warmongering, and malice spread through this Assembly. The words used today at this great Assembly by the leader of Pakistan (Imran Khan) demean the very essence of the United Nations."

Khan had earlier said, "Pakistan has always called for a peaceful solution. To this end, India must rescind the measures it has instituted since Aug 5 in 2019."

The Pakistan PM's statement came in the backdrop of New Delhi's abrogation of Articles 370 and 35A which were used to provide special status to Jammu and Kashmir.

As Jammu and Kashmir was a princely state before India's Independence, the then Hindu ruler Maharaja Hari Singh opted to merge his state with India in October, 1947 signing the Instrument of Accession. Though he initially wanted to be independent, he decided to merge with India when the armed Pakistan tribesmen raided his territory and killed his soldiers and marched towards Srinagar.

The bilateral relation between New Delhi and Islamabad remained on the boil over the terror attacks in Indian Kashmir with India making its stand clear that there cannot be any talks over Kashmir till Pakistan-sponsored terrorism ends.

Pakistan is going all out to raise the Kashmir issue internationally since India's abrogation of Articles 370 and 35A (special powers to former Jammu and Kashmir state), often seeking the help of its all-weather ally China.

Jammu and Kashmir was stripped of its special status on Aug 5, 2019.