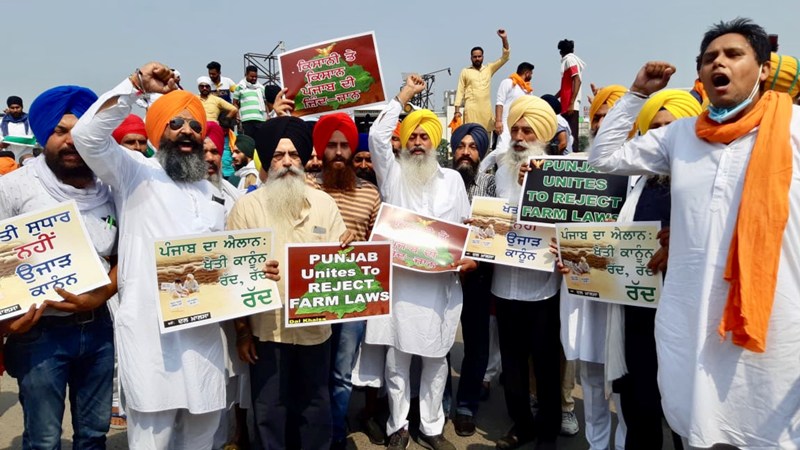 Chandigarh/UNI: A complete bandh was observed on Friday with the farming community staging dharna and organising protest demonstrations across Punjab against the agriculture reform bills passed in the Parliament.

Roads witnessed deserted scenes as the bazaars and shops remained shut in support of the farmers and to show annoyance against the Union Government getting the bills passed without debate in the Upper House.

Agitating farmers blocked roads and railway lines by staging day-long dharna affecting the rail traffic much to the inconvenience of the passengers who had either halted their journey or due to Ferozepur Railway Division cancelling over 14 major express and mail trains till Saturday.

In the meanwhile, the three-day rail and road traffic blockage of the farmers which got support from the Punjab Congress, Shiromani Akali Dal and AAP party entered into the second day.

Since the state government had announced that no one will be arrested for the violation of section 144 of the CrPc, the farmers supported by several non farming organizations came on the roads to spearhead the agitation of farmers.
In the meanwhile, both private buses, as well as state-run transport buses, remained off the roads in the state.

SAD MLA from Adampur led the workers to block the road traffic at six places in the city under "Chakka Jaam" program of the party to support the cause of farming community.

In Amritsar, women protesters under the aegis of Kisan Mazdoor Sangharsh Committee took out the procession.

A tractor was set of fire in Barnala by the protesters.