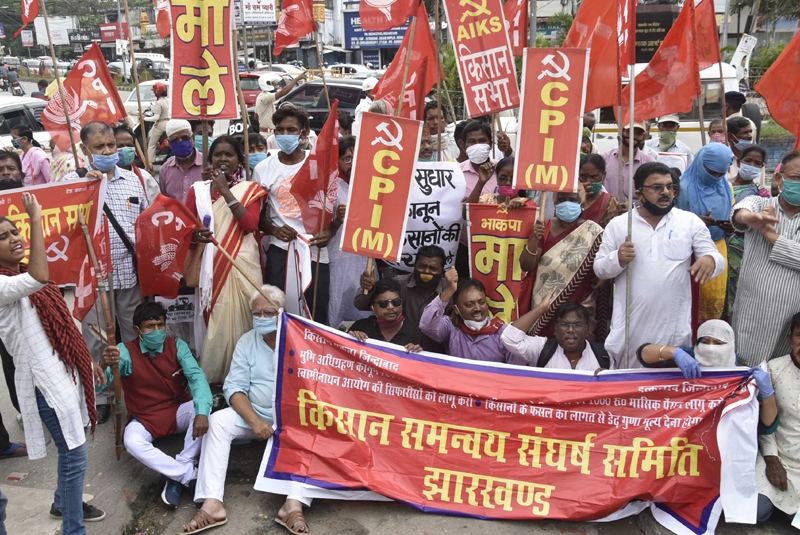 Ranchi/UNI: Party workers and leaders belonging to the RJD and Left parties on Friday protested in the state capital against the Agriculture Bills.

The left leaders said the Agriculture bills brought by the Centre are more in the favour of the corporate houses rather than that of the farmers.

They said, the central ministers and leaders of BJP are claiming that the bills would be beneficial for farmers but in reality they would be forced to commit suicide.

Leaders of the state unit of RJD staged dharna before the Raj Bhawan. They said that they are with the opposition and will continue their agitation until the bills are taken back.