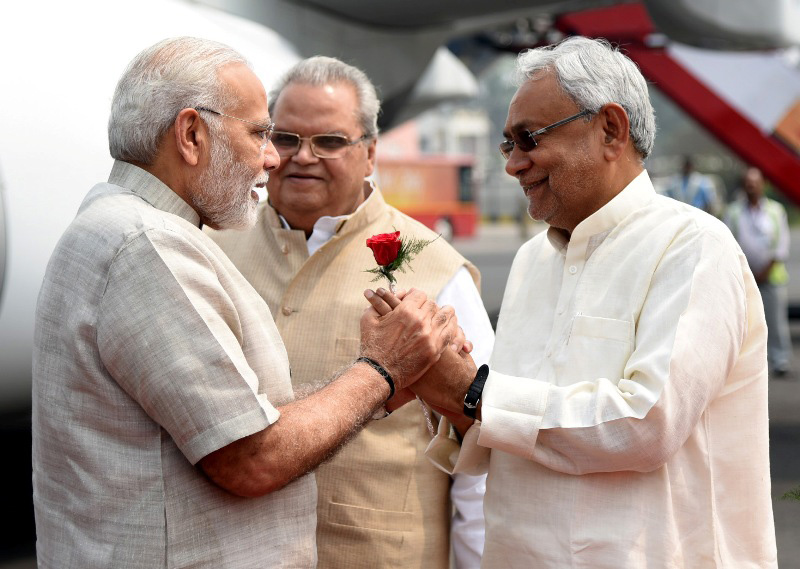 Bihar to go for assembly polls amid Covid-19 from Oct 28, results on Nov 10

New Delhi/IBNS: The first elections in India amid the Covid-19 situation will be held in the eastern state of Bihar between Oct 28 and Nov 7 as Prime Minister Narendra Modi's Bharatiya Janata Party (BJP) will lock horns with a disarrayed opposition in a high-pitched electoral contest.

Chief Election Commissioner of India, Sunil Arora, on Thursday announced the elections in one of the biggest Indian states will be conducted in only three phases on Oct 28, Nov 3 and 7 while the results will be declared on Nov 10.

In the first phase, 71 assembly seats in across 16 districts will go for the polls while 94 and 78 seats will have elections in the second and third phases respectively.

"The phases have been curtailed due to Covid-19," said Arora.

The Election Commission of India (ECI) has extended the polling hours by an hour as now people of the state will be able to cast their mandates anytime between 7 am and 6 pm.

However, the extra hour will be for the Covid-19 patients or suspects or those in quarantine to cast their votes.

Spelling out the Covid-19 protocols, Arora said the ECI will arrange masks, faceshields, sanitisers, gloves and PPE kits to stem the spread of infections.

Modi's BJP will go to the crucial polls months after it has suffered a massive defeat in Delhi, the northern part of the country, by not even managing to win double-digit seats.

Even after registering a landslide victory in the 2019 General Elections, the saffron brigade was not able to form governments in Maharashtra and Jharkhand.

However, the electoral battle in Bihar seems to be different as BJP will contest the polls in an alliance with Chief Minister Nitish Kumar's Janata Dal (United) against a ragtag opposition, led by jailed Lalu Prasad Yadav's Rashtriya Janata Dal (RJD) and a weak Congress.

Headaches too are there for the ruling coalition as Kumar faced massive criticisms over his handling of the migrant workers' crisis during the unprecedented Covid-19 lockdown earlier this year.

In the 2015 elections, the JD(U) had contested the elections in an alliance with RJD and Congress, defeating the mighty BJP.

But Kumar in 2017 dumped the RJD and Congress to go back to his old ally BJP.