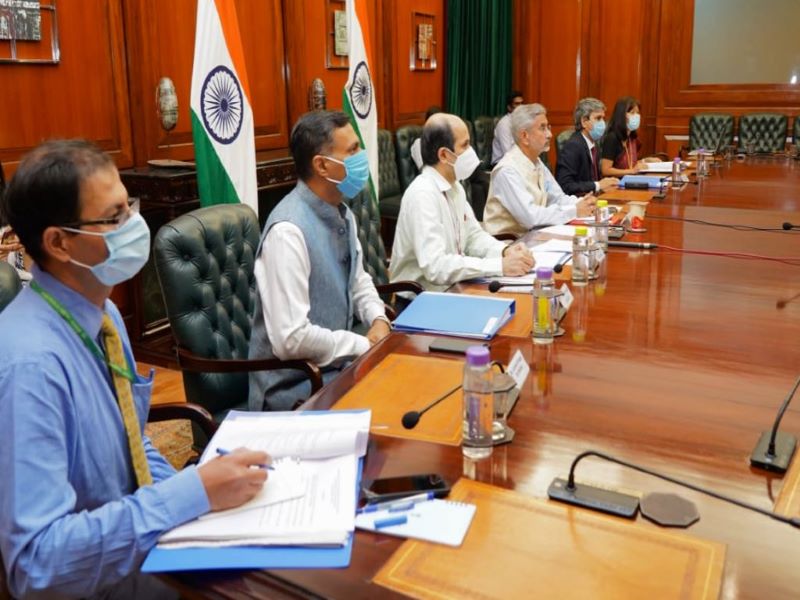 New Delhi/IBNS: Pakistan misused another forum by continuing its spurious narrative about India, stated India exercising its 'Right to Reply' at the virtual special ministerial meeting of the Conference on Interaction and Confidence-Building Measures (CICA) in Asia.

"The Union Territories of Jammu and Kashmir and Ladakh have been and will remain an integral part of India. Pakistan has no locus standi to comment on India’s internal affairs," the Indian representative added, slamming Pakistan's statement.

According to reports, the Indian representative's remarks at the CICA special ministerial meeting came in response to the unfounded comments made by Pakistani foreign minister Shah Mehmood Qureshi.

"Pakistan’s remarks today constitute gross interference in India’s internal affairs, sovereignty and territorial integrity which is inconsistent with the CICA Declaration on the Principles Guiding Relations between the CICA Member States of September 1999," the Indian representative added.

The Indian representative reiterated that Pakistan is the global epicentre of terrorism and continues to be the source of terrorist activities in India.

"We advise Pakistan to cease its sponsorship and overt and covert support to terrorism against India. This will enable the two countries to engage and address issues bilaterally rather than distract this important forum from its agenda," the representative stated.

Responding to reporters' questions on Pakistan's action at the CICA meet, Ministry of External Affairs (MEA) Spokesperson Anurag Srivastava said it is "very typical" of Pakistan to use such fora to raise bilateral and contentious issues which is inconsistent with the principles and charter of such organizations and their meetings.

"What else can be expected of a country that indulges in cross-border terrorism as a part of its state policy," he added at the media briefing, held virtually, later on Thursday.

External Affairs Minister Dr S Jaishankar also attended the virtual meeting of the Foreign Ministers of the Conference on Interaction and Confidence-Building Measures (CICA) in Asia, held on Thursday.

Underlined India’s commitment to a pluralistic cooperative security order in Asia through CICA.This is needed more than ever before. pic.twitter.com/1oy3cZddNd

Dr Jaishankar congratulated Kazakhstan on taking over the Chair of CICA and reaffirmed India's support for CICA's initiatives on Afghan peace process that respects its national sovereignty & territorial integrity and preserves its democratic progress.

During the course of the meeting, he highlighted India’s contributions to the global fight against COVID19 and its openness to do more, including with respect to vaccines.

The meeting also witnessed the appointment of a new executive director and discussions on the future efforts of CICA, including partnerships in alleviating the impacts of Covid-19 pandemic.

India has been one of the members of CICA since its establishment in 1999.