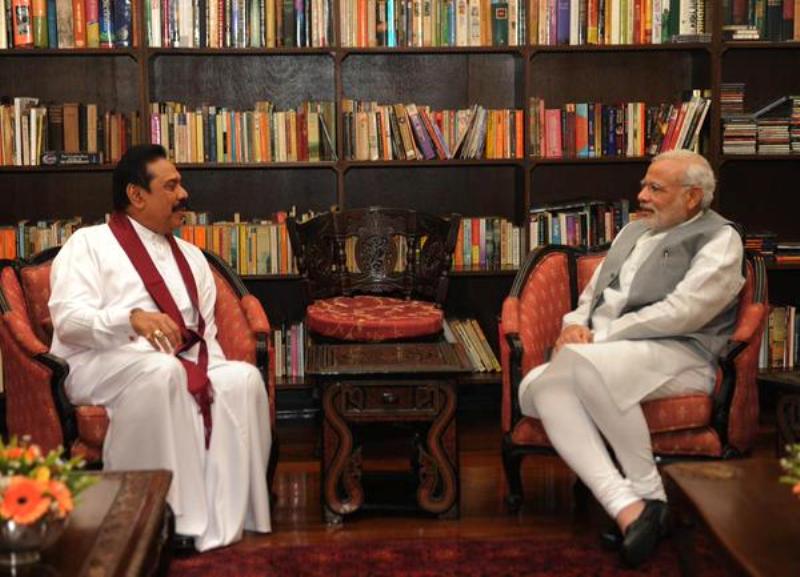 New Delhi/IBNS: A virtual bilateral summit is scheduled to be held between Prime Minister Narendra Modi and his Sri Lankan counterpart Mahinda Rajapaksa on Sept 26, that will be hosted by India.

Speaking about the summit, Rajapaksha tweeted: "Looking forward to interacting with PM @narendramodi at the virtual summit scheduled for 26th September. We expect to review the multifaceted bilateral relationship between our nations, ranging from politics, economics, defense, tourism and other areas of mutual interest."

In response, PM Modi wrote: "Thank you, @PresRajapaksa! I too look forward to jointly reviewing our bilateral relationship comprehensively. We must explore ways to further enhance our cooperation in the post-COVID era."

Thank you, @PresRajapaksa! I too look forward to jointly reviewing our bilateral relationship comprehensively. We must explore ways to further enhance our cooperation in the post-COVID era. https://t.co/GshcGvma8q

The summit will be Prime Minister Modi’s first such virtual engagement with a neighbouring country and also Rajapaksa’s first diplomatic engagement with a leader of a foreign country after he was sworn in as PM on Aug 9, this year.

India-Sri Lanka bilateral relations are marked by regular high level exchanges. Such exchanges have provided momentum to mutual cooperation and ties which are multi-dimensional in nature and cut across spheres such as commerce, security, defence, culture, tourism etc.

PM Modi has maintained regular interaction with both the President and Prime Minister of Sri Lanka.

The Virtual Bilateral Summit is preceded by the state visits of President Gotabaya Rajapaksa and Prime Minister Mahinda Rajapaksa to India in November 2019 and February 2020 respectively.

Since then also, leaders have kept in close touch and spoken to each other on telephone on several occasions including in the context of cooperation to tackle the health and economic impact of the prevailing COVID-19 pandemic.

Earlier on May 27, PM Modi had spoken to Mahinda Rajapaksa to congratulate him on having completed 50 years since first entering the Parliament of Sri Lanka.

A virtual bilateral summit under challenging circumstances posed by COVID-19, testifies to the deep-rooted civilizational ties and shared heritage between the two neighbouring countries. This is also a reflection of India’s ‘Neighbourhood First’ approach and SAGAR doctrine.

The summit will give an opportunity to the two leaders to comprehensively review the broad framework of the bilateral relationship  in the context of the time-tested friendly ties between the two countries and give broad political direction for a strengthened and deepened collaborative partnership on key issues of mutual interest.