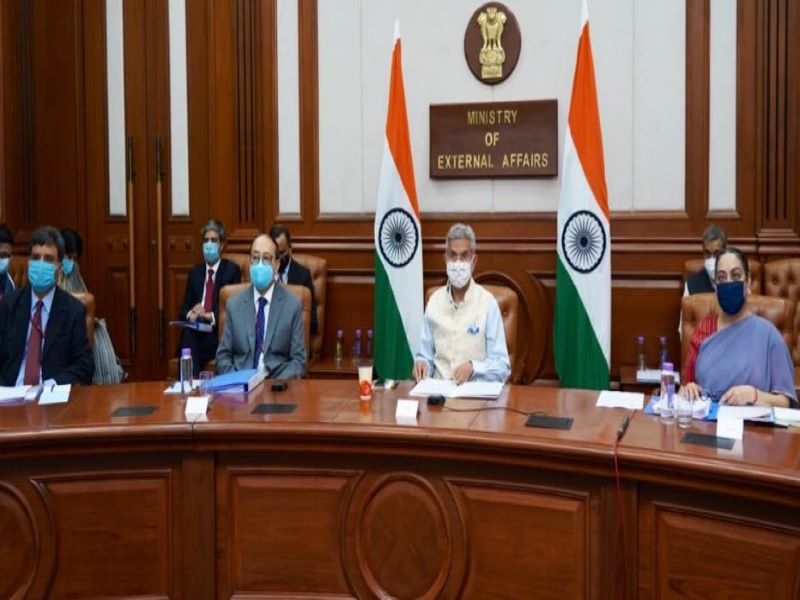 New Delhi/IBNS: Cross-border terrorism is one of the main challenges that the South Asian Association for Regional Cooperation (SAARC) should eliminate to establish lasting peace and security in the region, External Affairs Minister S Jaishankar said on Thursday.

Jaishankar made the statement during an informal virtual meeting of eight foreign ministers of SAARC, whose functioning has stopped because of the differences between India and Pakistan.

The foreign ministers grouping meets annually on the sidelines of the UN General Assembly (UNGA) in New York that have been marked by verbal blows between India and Pakistan in the recent years.

“Cross-border terrorism, blocking connectivity and obstructing trade are three key challenges that SAARC must overcome,” Jaishankar said without naming Pakistan in a string of tweets highlighting the contents of his speech.

“Only then will we see enduring peace, prosperity and security in our South Asia region,” he added.

Only then will we see enduring peace, prosperity and security in our South Asia region.

In his speech, Jaishankar said: “Over the last 35 years, Saarc has made significant progress. But our efforts towards collective collaboration and prosperity have been hampered by acts of terrorism and threats to national security.

“Such an environment impedes our shared objective of realising the full potential of our collective endeavour. It is, therefore, crucial that we collectively resolve to defeat the scourge of terrorism, including the forces that nurture, support and encourage it.

“This will generate the much needed trust and confidence to collectively build a stronger and prosperous Saarc.”

Jaishankar also highlighted India's cooperation efforts to tackle the Covid-19 situation, including a $10 million commitment to the emergency fund for the region, the supply of medical consumables, essential drugs and PPE and test kits to the region.

He spoke about the joint conference of health professionals from the region through a video link  to share best practices and information on the Covid-19 pandemic.

In the meeting, Pakistani Foreign Minister Shah Mehmood Qureshi expressed his country’s “willingness to host the 19th SAARC summit and for obstacles created in its way to be removed for SAARC to function as an effective instrument of regional cooperation”.

He, however, mentioned the issue of Kashmir without naming it.

“Highlighted need to condemn & oppose unilateral/illegal measures to change status of disputed territories in violation of UNSC resolutions. Such unilateral measures run counter to shared objective of #SAARC to create regional amity and cooperation & must be opposed resolutely,” he tweeted after the meeting.