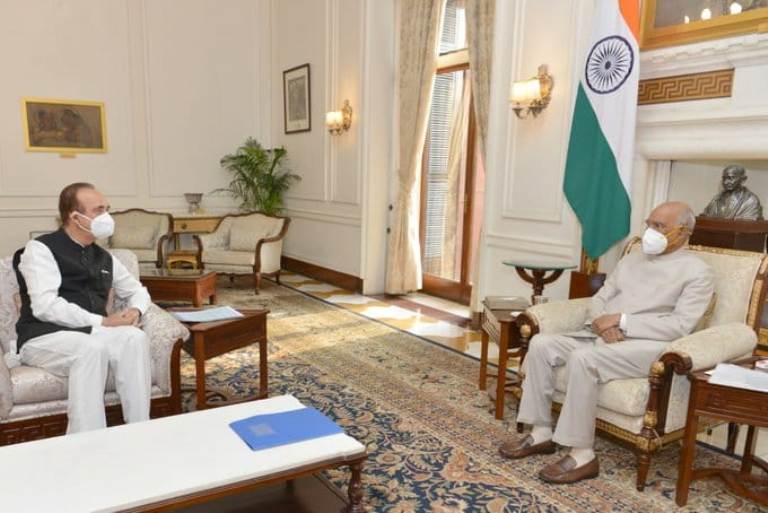 "The government should have consulted all parties and farmer leaders before bringing the farm bills," Azad, who is the leader of the opposition in the Rajya Sabha, said after meeting the President.

"We have given a representation to President that the three farm bills have been passed unconstitutionally and he should return these bills to the Parliament for proper scrutiny and discussion," he told media.

Opposition parties led by @INCIndia met the president and appealed him to withhold assent to 3 Farm bills & return them to Parliament to ensure proper scrutiny & discussions as they are Anti-farmer and were passed in an undemocratic manner. pic.twitter.com/PY1HPS0IPt

The monsoon session of the Parliament concluded Wednesday prematurely over the fear of  Covid-19.

Earlier, 18 opposition parties have written a letter to President Ram Nath Kovind requesting him to not sign the farm bills that were passed by the government in the Rajya Sabha on Sunday.

Eight opposition Rajya Sabha MPs were earlier suspended for their "unruly behaviour" while protesting against the passing of two key farm bills by the government in Parliament's upper house a day ago. 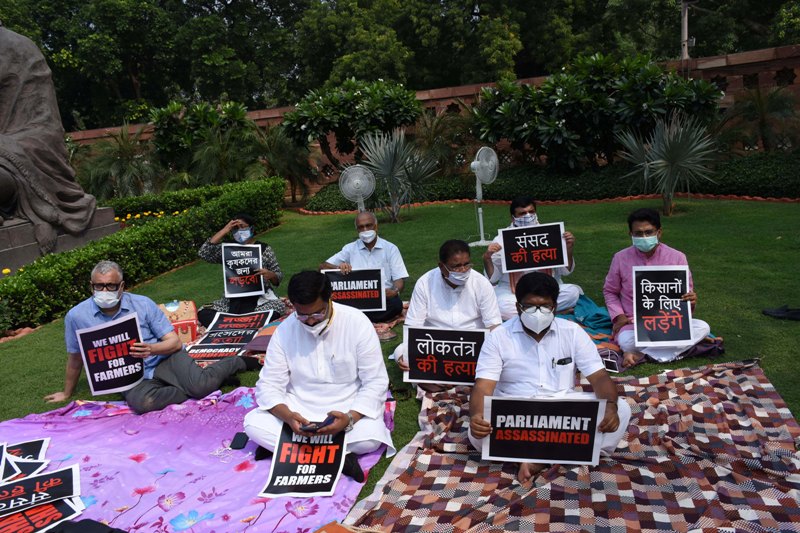