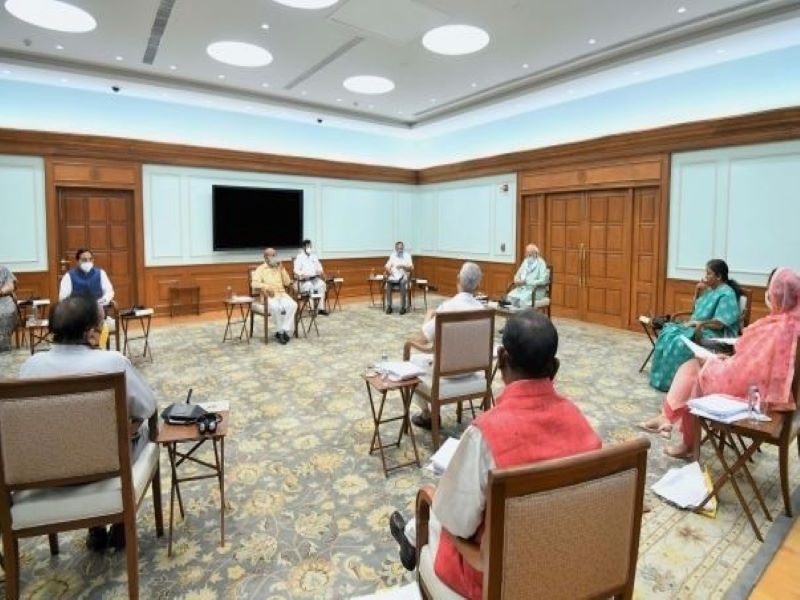 New Delhi/IBNS: Amid apprehensions that the new farm laws would pave the way for the elimination of the the Minimum Support Price (MSP) system, the Centre on Monday raised the support prices on key winter crops or Rabi crops, including wheat and mustard.

Political parties and farmers' organisations have threatened protests over concerns that the new laws would eventually lead to the scrapping of the MSP system despite repeated assurances by Prime Minister Narendra Modi and his ministers.

The Prime Minister called the hike, which came a month ahead of last year's schedule, another historic decision.

The MSP on wheat has been increased by Rs 50 a quintal, after which the increased price stands at Rs 1950. Wheat is the most important crop of Punjab and Haryana where Kisan Mazdoor Sangharsh Committee has called 'Rail Roko' from September 24 to September 26, and at least 30 farmers' organisations threatened to call a bandh on September 25.

The MSP on grams and lentils have also risen by Rs 225 and Rs 300, respectively.

With the highest hike, the lentils will now cost Rs 5,100. The new price of lentils has also increased to Rs 5,100.

The Cabinet Committee on Economic Affairs (CCEA) chaired by he Prime Minister Narendra Modi approved the increase in the Minimum Support Prices (MSPs) for all mandated Rabi crops for marketing season 2021-22 in line with the recommendations of Swaminathan Commission, the government said in a statement.

"It is our great privilege to work for the welfare of our farmers. In line with our ethos of taking farmer-friendly measures, the Cabinet has taken another historic decision to raise MSP. Crores of farmers will benefit from this," PM Modi tweeted.

It is our great privilege to work for the welfare of our farmers. In line with our ethos of taking farmer-friendly measures, the Cabinet has taken another historic decision to raise MSP. Crores of farmers will benefit from this. https://t.co/qn0r5USZC7

However, the increase in MSP failed to impress the opposition.

Punjab Chief Minister Captain Amrinder Singh termed the government's action "callous" and said it was making a mockery of the farmer's protests.

He added that the BJP-led Central government's attempt to appease the protesting farmers with the increase in MSPs shows that it did not understand the situation.

Centre’s paltry hike in MSP & 5 other Rabi crops is a cruel joke on farmers. They are consistently looking for a written assurance that MSPs will not be abolished for it’s their livelihood. Also, centre has failed to announce a bonus of @100/quintal for stubble management.

The opposition accused the government of securing the interests of the corporates at the cost of farmers.

As the new laws allow the small and marginal farmers to sell their produce to private enterprises at competitive prices, farmers fear being paid less as there would not be any government control.

PM Modi's assurances also failed to convince NDA partner Akali Dal, which had been in the alliance for a long time.

Shiv Sena leader Sanjay Raut asked the government if the Shiromani Akali Dal resigned only on the basis of rumours as the government was accusing the opposition of spreading misinformation that the new laws will eventually end the MSP system.

Taking an indirect swipe at the Congress, PM Modi, said on Monday that some people were misleading the farmers on MSPs as they would lose their control over the agri-sector after the historic reforms, adding that they are the same people who sat on the recommendations of the Swaminathan Commission for years.