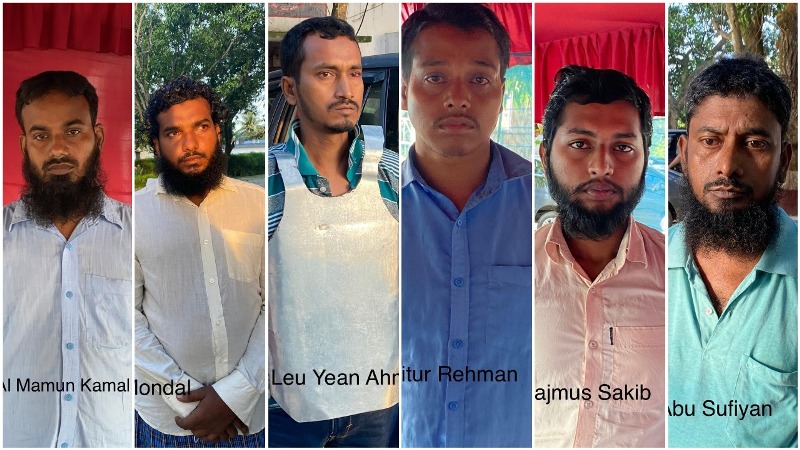 The NIA brought all the six al Qaeda operatives to the city from Murshidabad and produced them before the Bankshall court, which ordered the investigating agency to take the arrested into its custody until Sept 24.

The NIA is expected to take them to Delhi on transit remand and interrogate them before producing the operatives to Patiala House court there on Sept 24.

NIA had learnt about an inter-state module of Al-Qaeda operatives at various locations in India including West-Bengal and Kerala.

Accordingly, NIA registered a case No. RC-31/2020/NIA/DLI on September 11 and initiated investigation.

As per the preliminary investigation, these individuals were radicalised by Pakistan-based Al-Qaeda terrorists on social media and were motivated to undertake attacks at multiple places including the National Capital Region.

For this purpose, the module was actively indulging in fundraising and a few members of the gang were planning to travel to New Delhi to procure arms and ammunition.

These arrests have pre-empted possible terrorist attacks in various parts of the country.
State Governor Jagdeep Dhankhar and the Opposition upped the ante against the CM Mamata Banerjee-led government for the "alarming decline" in law and order situation.

Reacting to the arrests, state Governor Jagdeep Dhankar tweeted: "State has become home to illegal bomb making that has potential to unsettle democracy. Police @MamataOfficial  busy in carrying out political errands and taking on opposition. Those at helm @WBPolice  cannot escape their accountability for this alarming decline in law and order."

The details of the arrested accused are as under: