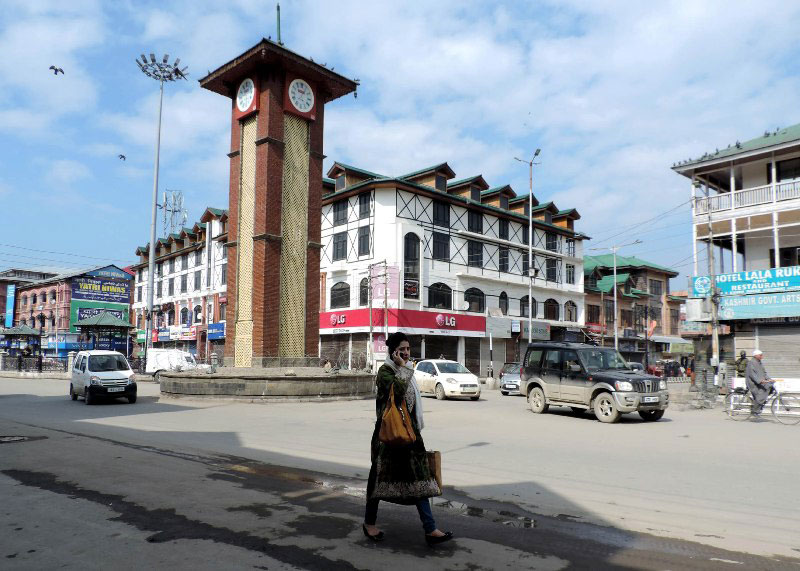 Srinagar: Scores of commuters, shopkeepers and locals of Jahangir Chowk-Rambagh on Wednesday expressed gratitude to the Economic Reconstruction Agency (ERA) for repairing the road stretch from Jahangir Chowk to Rambagh.

Rising Kashmir had reported the issue and highlighted the dilapidated condition of Jahangir Chowk-Rambagh Road which was causing inconvenience to the commuters, shopkeepers and locals.

In response, ERA has come into action on the ground and redressed the issue in time. As per the locals, shopkeepers and commuters ERA has recently repaired JahangirChowk- Rambagh Road.

A driver, Showkat Ahmad said that he is very happy and thankful to the Rising Kashmir team who raised this issue to know the ground reality about the road and talked to theconcerned officials.

“I also thank the ERA for this positive step in the direction of making Srinagar a smart city,” he said.

Another shopkeeper Haji Maqbool Baba said that he hopes that the waterlogging issueshall also be resolved with this.

“Commuters won’t get their clothes dirty by the splashes of water anymore as therepairing of the road has taken place,” he said.

Another local Aijaz Ahmad said that it is not lip service anymore as the Economic Reconstruction Agency has taken a practical step.

“I hope that Rising Kashmir will keep raising the issues and other departments shall comeforward and work for the benefits of the common masses,’’ he said.

Talking Rising Kashmir, Chief Engineer, Roads and Buildings Showkat Jeelani said that ERA is executing the work presently of rigid pavement in the Jahangir Chowk to Rambaghsection with their workmanship and quality control.